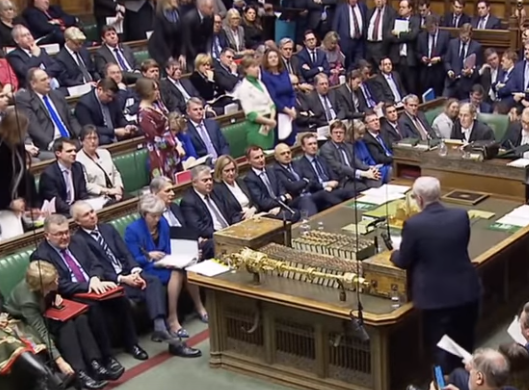 With the race to become Tory leader, and our next Prime Minister, in full swing, I’ve taken a look at the runners and riders and I’m not impressed.

After Eton and Oxford, he got a job at The Times through family connections – but didn’t last long. Within months, he had been sacked for falsifiying a quotation on the paper’s front page.

Through his Oxford connections, he got a job as The Telegraph’s Brussels correspondent where he attacked the European Union relentlessly and often stretched the truth to do so.

Around this time, Johnson received a phone call from his old friend Darius Guppy. Guppy, who was later jailed for fraud, was being investigated by a News of the World journalist and wanted Johnson to get the journalist’s home address.

Johnson promised to give Guppy the journalist’s number on the condition that he was not hurt “too badly”.

Johnson then became an MP and Mayor of London. His time as Mayor was marked by mistakes and his Tory colleagues have accused him of not being interested in detail.

Former Tory candidate for Mayor of London Steve Norris called him a “total chancer who doesn’t read his papers. Cynical and self-indulgent.”

One high-profile gaffe was the time he spent £218,000 on buying water cannons for the police to attack protestors. Home Secretary Theresa May did not give him permission to use these so the money was wasted.

Another was the Garden Bridge project – on which £43m of public money was spent but no bridge was ever built.

During the Brexit referendum campaign, his reputation as someone with a very loose concern for the truth was enhanced and he almost had to face trial for misconduct in public office over his claim that the UK sends £350m a week to the European Union.

Since that referendum, he has been criticised for comparing Muslim women to “letter boxes” and “bank robbers”. This led to a spike in hate crime against Muslim women.

Along with Johnson, Gove was one of the most high-profile Brexiteers and equally culpable for the £350m a week claim – which he was defending as late as December 2017.

Gove has a very close relationship with media mogul Rupert Murdoch. It has been suggested that Murdoch insisted Theresa May put Gove into her cabinet.

He has also said Britain should be more Christian, white supremacist Steve Bannon is not an anti-semite because he has Jewish friends and suggested that Theresa May is too much of a Catholic to be able to deliver Brexit.

He has praised reports by the climate-change sceptic Global Warming Policy Foundation and objected to teachers teaching climate science.

His time as Education Secretary was also criticised by teaching unions – his policy on Free Schools proved particularly controversial.

When LBC presenter James O’Brien tweeted a video of some of Raab’s most controversial statements, Raab blocked him.

Among the statements O’Brien highlighted were when Raab said he didn’t believe in the Human Rights Act or economic or social rights.

Another incident highlighted was when a disabled member of the public told him the work capability assesment kills people.

Raab responded by implying that allowing disabled people to have enough money to live off was part of a “childish wishlist”.

In the next clip, Raab claims that “the typical user of a food bank is not someone that’s languishing in poverty, it’s someone who has a cashflow problem episodically.”

His views on gender equality leave a lot to be desired too. He has called feminists “bigots” and complained of discrimination against men.

Finally, the thinks the country he wishes to lead is a lazy one. He wrote in 2012: “The British are among the worst idlers in the world. (…) Too many people in Britain prefer a lie-in to hard work.”

During the last leadership election, the Brexiteer was criticised for saying that the fact she was a mother was a positive in her leadership bid.

She said it gave her “a very real stake in Britain’s future”. Her opponent, Theresa May, does not have children.

Leadsom has also said she wants to abolish all regulation, including the minimum wage, for companies with three employees or less.

She also said that raising the minimum wage would attract migrants – and implied that was a bad thing.

In 2012, as health secretary, Hunt said that he would like to halve the legal abortion limit from 24 weeks to 12 weeks. He reiterated the comments recently.

In 2012, Kate Guthrie, a spokeswoman for the college of Obstetricians and Gynaecologists, said: “If everybody had to have abortions by 12 weeks, my worry would be that women would be rushed into making decisions: ‘I have to have an abortion now or I can’t have one.’

“That’s an absolute shocker. You will absolutely create mental health problems if you start dragooning women into making decisions before they have to.”

Also as health secretary, Hunt sparked the first junior doctors’ strike in 40 years by trying to impose a new contract which would pay doctors less at weekends.

Condemnation from doctors was near-unanimous. Around 98% of them voted to strike on 76% turnout.

After Boris Johnson quit as Foreign Secretary, Hunt got the job. So it was him who greeted Donald Trump at Stanstead airport recently.

Hunt also recently declared that stopping arming Saudi Arabia “would be morally bankrupt and the people of Yemen would be the biggest losers”.

UK arms have been used by the Saudi Air Force to kill thousands of Yemeni civilians.

In November 2018, Stewart told the BBC: “80% of the British public support this deal.” When challenged, Stewart quickly back-tracked.

In 2012 he voted for allowing employees to exchange some employment rights for shares in the company they work for and in 2014 he voted against raising the minimum wage.

As Home Secretary, Javid has had a key role in drawing up the UK’s post-Brexit immigration system.

While he claims his plans will judge people on skills not nationality, this will not be the case.

Javid also claimed in parliament that detention of migrants is a “last resort”. Again, this is not the case. Most detainees are not deported but released, begging the question of why they were detained in the first place.

Javid also controversially claimed that “there’s not an ounce of racism in parliament” as he told David Lammy off for his angry “tone”.

McVey was recently accused of a lack of empathy for domestic violence victims by the UN’s special rapporteur on poverty and human rights Philip Alston.

According to Alston, when told that her Universal Credit scheme was making domestic violence worse, McVey replied that victims should just leave their partners.

“This shows a really deep and sensitive understanding of the situation in which such women find themselves,” Alston said sarcastically.

McVey has been accused of a lack of empathy before. In 2013, she said that the rise in foodbanks was positive and to be expected.

Many social security claimants have faced sanctions over minor mistakes which have pushed them into poverty.

She was also a key defender of the bedroom tax – which cost thousands of low-income families more than a thousand pounds each.

In 2010, Hancock criticised the new Equality Act which helped promote equal pay and was supported even by most Tory MPs.

Record is the chair of the secretively-funded right-wing think tank called the Institute of Economic Affairs.

According to Desmog, Record is also a supporter of Nigel Lawson’s Global Warming Policy Foundation and has donated £32,000 to Matt Hancock.

Harper is a former immigration minister who resigned in 2014 after finding that his Colombian cleaner, Isabella Acevedo, no longer had the right to work in the UK.

A few months later, Acevedo was in a North London registry office waiting to celebrate her daughter’s wedding when she was arrested by border police. She was then taken to Yarl’s Wood detention centre and deported.

During his time as immigration minister, Harper was involved with the infamous ‘go home’ vans. These drove around displaying messages telling irregular migrants to ‘go home’.

According to Oxford student paper Cherwell, in 1997, Gyimah attempted to invite Saddam Hussein’s right-hand man Tariq Aziz to speak at the Oxford Union.

Twenty years later, as Universities Minister, Gyimah has pushed the idea that there is not enough freedom of speech at univerisities.

As King’s College lecturer Edward Sugden writes though, Gyimah is wrong, the threat to freedom of speech comes from government policies not from ‘safe spaces’.

Update: This article originally stated that Boris Johnson was going to face trial for misconduct in public office. While one judge did rule this, another overruled it and he will now not face trial.

5 Responses to “Hall of Shame: The Tory leadership contenders”