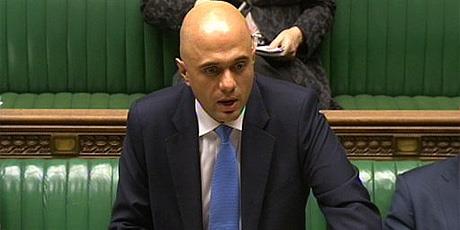 Yesterday in Parliament, Home Secretary Sajid Javid gave David Lammy a telling-off after Lammy suggested that a deportation flight to Jamaica was driven by racism.

Lammy criticised the deportation of 26 people to Jamaica yesterday, the first such deportation flight since the Windrush scandal. He said:

“Movement for Justice is working with 26 of those who are at risk of removal. Thirteen first came to the UK as children; nine came under the age of 10. Eleven people have indefinite leave to remain. Another has a British passport. Thirty-six British children will have their parents taken away by this charter flight—once enslaved, then colonised and now repatriated.”

“Why do you say that these children should live without their parents? Why do you say, to the families of black British people who have been killed by your Department’s incompetence, that this is acceptable? That is what happens. We are now 20 years on from the Macpherson review, which found institutional racism in this country. I ask the Home Secretary: why is it that still in this country, black lives matter less?”

Sajid Javid, whose department ordered the deportations, replied by telling Lammy off for his tone:

“I have to take issue with his tone. He does himself no good service—a huge disservice—in the way that he speaks and the tone that he has used to suggest that there is even an ounce of racism in this House”

When another Labour MP, Afzal Khan, got up to also criticise the Home Office, Javid replied:

“First, I welcome the hon. Gentleman’s tone and approach of asking sensible questions, and he deserves answer to them all.”

28 people were deported yesterday while others were given a last-minute reprieve after media and parliamentary scrutiny forced the Home Office to take a closer look at their cases.