Tom Watson has written to the prime minister to enquire 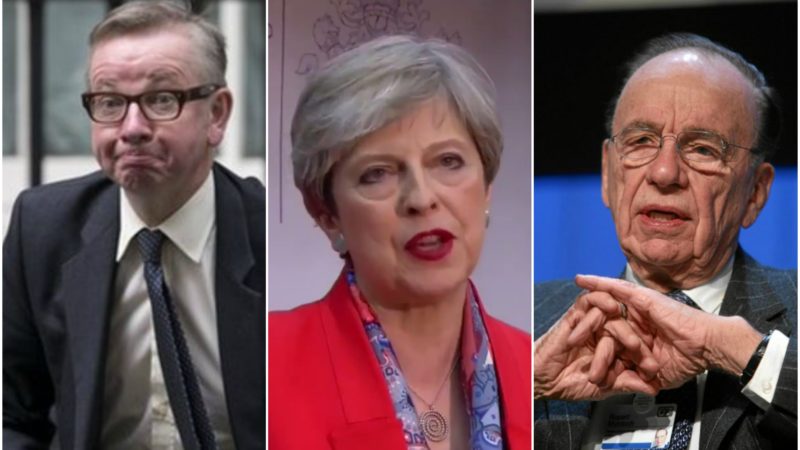 Labour’s deputy leader Tom Watson has written to Theresa May, asking if media mogul Rupert Murdoch had any input into her cabinet reshuffle.

Watson says it has been suggested to him that ‘Rupert Murdoch asked you to appoint Michael Gove to the cabinet’ and said that given her ‘failure to secure a parliamentary majority and the consequent weakness of [her] position, it might be tempting to allow yourself to be influenced by powerful media proprietors who can shape the way your government is covered.’

He then asks a series of questions related to the prime minister’s dealings with Murdoch.

Gove was re-appointed to the cabinet yesterday, less than a year after May triumphantly sacked him as part of her purge of David Cameron’s ‘Notting Hill set’. The fact that he was given responsibility for DEFRA — one of the cabinet’s least appealing portfolio’s — reflects the reluctance with which May brought him back into the fold.

Gove and Murdoch have long enjoyed a cosy relationship. During the Leveson Inquiry, Gove called Murdoch ‘one of the most impressive and significant figures of the last 50 years’, while Murdoch has praised the former education secretary’s ‘admirable character’.

Within months of his sacking from the cabinet last year Gove was re-hired by the Times, writing columns and book reviews for a reported £150,000 a year.

Perhaps most bizarrely, when Gove carried out the UK media’s first interview with the newly-elected Donald Trump last year, Murdoch sat in on the conversation — but Gove didn’t think to declare that in his piece.

As we wrote at the time, ‘there can be no greater show of journalistic spinelessness than conducting any important interview with your paymaster sitting in the corner. Let alone an interview with the most powerful man in the world, who happens to be a close friend of said paymaster.’

So overall, we think Watson’s question is fair enough.

Here is his full letter:

Following your post-election reshuffle, I am writing to ask you about any influence Rupert Murdoch may have sought to exert over cabinet appointments.

Given your failure to secure a parliamentary majority and the consequent weakness of your position, it might be tempting to allow yourself to be influenced by powerful media proprietors who can shape the way your government is covered.

In the interests of transparency and propriety I would therefore be grateful if you could answer the following questions:

– Since you became Prime Minister, has Rupert Murdoch ever made suggestions to you about ministerial or staff appointments?

– Since you became Prime Minister, has Rupert Murdoch ever suggested to you that Michael Gove should be given a ministerial role?

– Has Rupert Murdoch ever suggested to you that there might be consequences if you fail to take his advice, in terms of his newspapers’ coverage of you and your government?

I look forward to receiving your reply. Given the importance of this matter, I am releasing this letter to the media.

Congratulations on your election campaign, by the way. Fantastic stuff, well done.

6 Responses to “Did Rupert Murdoch ask Theresa May to put Michael Gove back in the cabinet?”