Rather than safe spaces and no platforming, it is government policies that are the real threat to freedom of expression. 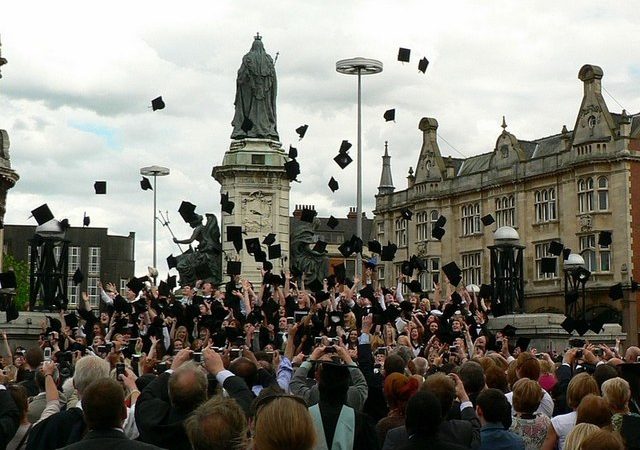 If we believe Conservative higher education ministers of the past few years, from Jo Johnson to Sam Gyimah, the university has become a repressive institution in which left wing groupthink strikes down any right wing opinion.

Both ministers have threatened institutions with fines and increased regulation should they – ironically enough – fail to enforce freedom.

Yet a recent BBC fact-check demonstrates that there is little to support such claims. When the political fog lifts, all that remains are vague gestures towards safe spaces, trigger warnings, no-platforming, and, that old shibboleth, political correctness. These terms get filtered through remnants of a stubbornly persistent Cold War rhetoric that casts universities as some combination of Stalinist censor and Orwellian Ministry of Truth.

It is worth, though, spending time with the logic that underpins things like safe spaces, trigger warnings, and no-platforming. That way we might work out precisely what it is that conservatives object to and why.

If a student group or organisation decides to ‘no-platform,’ to focus the most controversial issue, they are acting on a verifiable historical truth: that ‘freedom’ is not an abstraction but something that individuals live and that is not equally available to all. Instead, hierarchies of race, gender, class, and nation, allow some to be freer than others.

Accordingly, when an influential individual visits campus, is granted another position of power on a stage, and then uses this double platform of privilege to express ideas that actively oppress certain sectors of society then it is this act that violates freedom of expression, not the other way around. Indeed, that ‘no-platforming’ is rarely recognised as freedom of expression proves the point: some are allowed to have free speech, and for it to be deemed legitimate, others are not.

Conservative critiques of the university, ultimately, then amount to a refusal to acknowledge that society is unequal and demean attempts to ameliorate the situation. Framing it this way reveals that conservative critiques of the university are an insidious facet of austerity economics, an economics which issues blanket denials about inequality while creating structures that foment it.

The logic of austerity ultimately shapes conservative critiques of the university. It is also the source of a number of deeply repressive policies that further threaten campus free speech.

Austerity outsources state activity to non-state organisations. In the case of universities, the government has forced universities to become responsible for elements of its border security apparatus. When fused with the latest euphemism for xenophobia, the ‘hostile environment,’ a repressive campus has come into being. Universities and academics are now meant to be teachers, researchers, and immigration officials rolled into one.

The most infamous example of this move is the Prevent legislation (a New Labour law that has been weaponised by the Conservatives) which asks universities to look out for signs of radicalisation—whatever that means—in their institutions, as though students amounted to suspicious items left on a train. The consequences of this law can be chilling.

Theresa May’s obsession with including foreign students in immigration numbers—a stance she only reluctantly backed down upon—has made universities de facto border zones, with some experimenting with biometric fingerprinting. Should the government deem their immigration regime insufficient, they risk losing their licence. Meanwhile, foreign students are asked to subject themselves to rigorous and punitive self-discipline for having the temerity to study in a different country.

Austerity logic has birthed frameworks that discipline universities into accepting reductively utilitarian understandings of research and teaching. Alongside the pre-existing REF (Research Excellence Framework), there is the TEF (Teaching Excellence Framework) and, coming soon, the KEF (Knowledge Exchange Framework).

On top of these, Sam Gyimah has proposed a Money Supermarket style survey that rates universities on the basis of value for money. The party of small government indeed…

Each of these delimits free speech through prizing activities that produces primarily economic value. They curtail actual exploratory thought by subjecting academics to meaningless metrics that discourage risk, patience, and ambition in favour of fulfilling brittle criteria. They create a competitive relationship between academics and their institutions which stops the free sharing of ideas. They generate bureaucracies that diminish internal working conditions. They, in short, all attack freedom of expression on campus.

When the Conservatives complain of diminished campus freedom they need, first, to take a long hard look at themselves.