The Brexiteers' historical fantasies are out of control 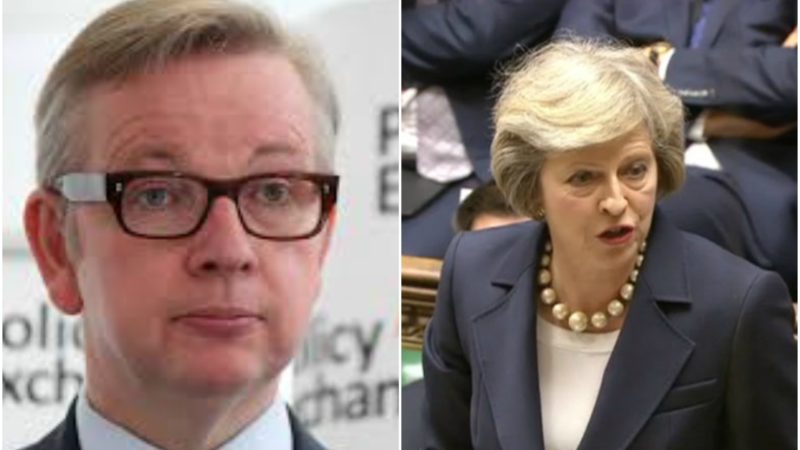 This year marks the quincentenary of Reformation, and Michael Gove is celebrating by claiming that a Catholic plotter has taken over the British government.

In today’s Times, Gove writes that Theresa May’s is not a devout member of the Church of England, as she would have you believe. Her Lenten sacrifice of salt-and-vinegar crisps tells us that she is actually Britain’s ‘first Catholic prime minister’.

It’s hardly the gunpowder plot, but Gove has more! On Desert Island Discs, May selected a Catholic hymn as one of her eight records (she also selected both ‘Walk Like A Man’ and ‘Dancing Queen’, but that’s a conspiracy theory for another day…)

May’s every political act, the cabinet-minister-turned-tinfoil-hat-wearer warns, is infused by Catholic thought. Her emphasis on the common good, resistance to corporate buccaneering and concern for workers clearly links her to a string of papist thinkers, form Pope Leo XIII to John Cruddas.

And most disturbingly of all, May’s closet Catholicism threatens Britain’s future outside Europe.

The man who once thought he could be Prime Minister explains:

“Britain’s path to preeminence in the past followed our break with Catholicism and embrace of the Reformation. We pursued a global, maritime, buccaneering, individualistic, liberal destiny — the spirit of our capitalism was infused with a very Protestant ethic. Now that we are once more freeing ourselves from a conformist Continent to make our own way in the world the question of whether we need to be more radical to maximise opportunities or more cautious to reassure and protect is central to our politics.”

For all the usual verbosity, Gove’s message is simple: Brexit should be delivered by Protestants. And while the delivery is laughable, the premise must be challenged.

This is shameless sectarianism, delivered by a senior politician and published by a supposedly serious newspaper. Gove is claiming that the state has fallen into the thrall of some shady religious influence — that’s a well-worn path that never leads anywhere good.

He’s alleging that one group of people, by virtue of their religion, are better placed than the rest to govern, a claim that has no place in a secular democracy.

It was bad enough when the Brexiteers want to drag us back to the 1900s — the 1600s are out of the question.