Labour candidate Josh Fenton-Glynn has been given a clearer run by the Greens - but some members aren't happy. 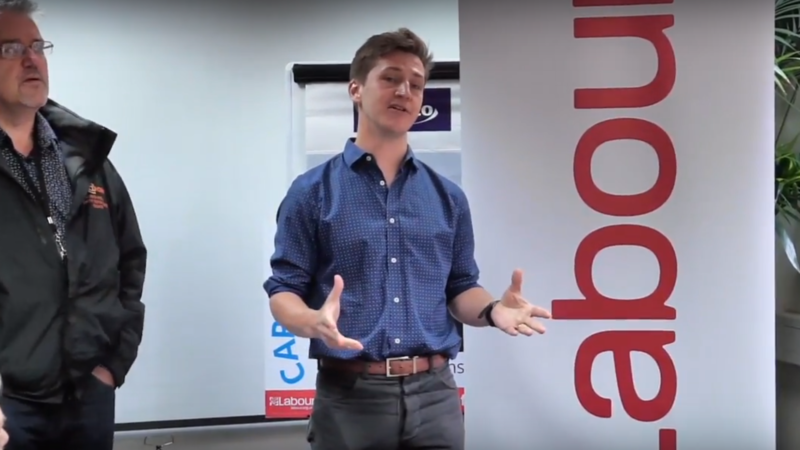 The Green Party have stood aside and recommended a vote for the Labour Party in the West Yorkshire seat of Calder Valley.

Labour was around 600 votes within winning the seat in 2017, and it is a key target for the party this election.

The Greens won 631 votes the last time – more than the 609 vote margin of victory for the Tory candidate, Craig Whittaker.

A Labour spokesperson told LFF this week that they would not engage in electoral pacts or deals, meaning the Greens are unlikely to get anything in ‘return’ for the move.

On Twitter, Labour candidate Josh Fenton-Glynn – who is re-running – welcomed the decision:

The move is understood to have caused significant anger in the wider Green party. Activist Richard Frith told LFF: “This decision has not gone down well and was not done in consultation with the national party.” Another told the site: “The general mood is best summed up as f*cking fuming.”

The national party is understood to have urged local parties not to ‘stand aside’ for others without it being part of a mutual arrangement.

“The Green Party in the Calder Valley today [Oct 30th] announces that it will be recommending a vote for the Labour Party Candidate, Josh Fenton Glynn, in the next general election.

“We call on all the people of Calder Valley to support our opposition to a hard Brexit and increasing austerity.

“Josh Fenton Glynn agrees with us on these policies. He, and the Calder Valley Labour Party, also agree with us on the urgent need for a fairer and more proportional voting system to strengthen our democracy.

“Calderdale Green Party officers have had lengthy discussions with Josh and officers of the Calder Valley Labour Party in recent weeks.

“We will continue to campaign separately on policies where we disagree.

“However, we agree on the urgent need for a Green New Deal including a common response to the climate emergency; ending fossil fuel subsidies; increasing support for renewable energy; and affordable public transport.

“We also agree that the current extreme levels of inequality are unacceptable. Therefore, we propose improvements to the tax and benefit system, the introduction of a land value tax, a minimum wage of £10 an hour and an end to zero hours contracts.

“We also wish to see an end to the creeping privatisation of the NHS, a fully comprehensive and accountable education service and the gradual return to public ownership of the rail, water and energy supply industries.

“Extraordinary times require extraordinary measures. Our immediate priority is to prevent a minority Tory Government from leading the UK into the arms of President Trump. The Green Party continues to believe that the Brexit crisis is best resolved by a further referendum in which we would campaign for remain.

“In the next General Election we need an MP for the Calder Valley who is committed to uniting our communities, rebuilding our public services and reforming our democracy.

“That is why, in this unique general election, the Calderdale Green Party recommends that all of those who share our values, support [Labour’s] Josh Fenton Glynn as the next MP for Calder Valley.”

The move comes amid growing talk of a pact between the Brexit Party and the Conservatives, with Nigel Farage calling for a deal between the two parties.

There is also expected to be a surge in ‘tactical’ voting this election, as voters try and work out how best to stop the other side of the Brexit debate…