A new report by one of the architects of Article 50 sets out in clear, practical terms how a People’s Vote is achievable in the time-frame available to us. 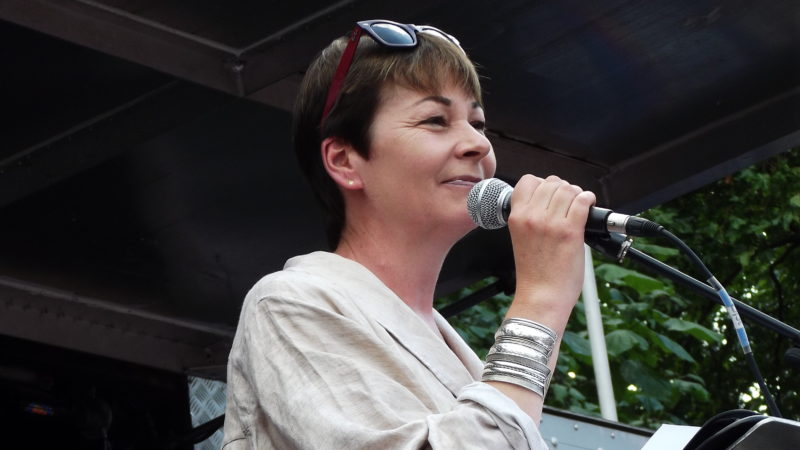 It turns out there are not one but six routes to winning a public vote on the final terms of any Brexit deal.

The People’s Vote campaign has published a new report called ‘The Roadmap to a People’s Vote’. Written by Lord John Kerr, one of the architects of Article 50, and containing contributions from constitutional experts, it sets out in clear, practical terms how a People’s Vote is achievable in the time-frame available to us.

It blows apart forever the myth that we can’t have a vote on the terms of Brexit just because there’s not enough time, or because it would be too complicated. To deny people a say on the biggest issue that has faced this country for generations, using procedural reasons as an excuse, would be not only a democratic outrage but just plain wrong. A People’s Vote is perfectly possible. And now we know exactly how to get there.

There are three key elements of this. First of all, if we have a People’s Vote and the people decide they would now prefer to stay in the EU rather than leave with a bad Brexit deal or no deal, can our Article 50 notification of our intent to leave the EU be withdrawn? Yes, is the simple answer.

The Article 50 letter notified the EU of our intention to leave, but intentions can change. Up until the date the Article 50 deadline expires, we still have all the rights of a member-state and can, if necessary, withdraw the letter. And withdrawing the Article 50 letter would be cost-free, since the terms of our EU membership cannot be changed without our agreement as a member state. But if we were to leave and then at some future stage re-apply for membership, the terms would have to be negotiated afresh.

Second, how would it be possible to actually secure a People’s Vote on the terms of Brexit? There are a number of possible parliamentary routes. MPs will have a series of opportunities to either encourage or force the government to legislate for a People’s Vote.

There are currently at least six plausible parliamentary routes, but events over the coming months may create further possibilities. [The report itself states:

“Should there be a majority of MPs in favour of a People’s Vote, the Commons will therefore have a series of opportunities to either encourage or even force the Government to legislate for it.”

In passing the necessary legislation, nothing should be rushed – but the urgency of the situation would create a big incentive for MPs and the government to proceed swiftly. The principles of clarity, speed and simplicity should be applied at every stage.

There would also be no difficulty in obtaining an extension of the Article 50 timetable to allow a People’s Vote to take place. If Parliament judged that it was necessary to delay the 29 March deadline so it could consult the people in a democratic vote, the government would not face any political or procedural obstacle to this.

The third element, however, is the most important – to get a People’s Vote, it needs to be clear to politicians in Westminster that the people want one. And here we have a growing volume of evidence to suggest that they do.

Polling shows that a People’s Vote on the terms of Brexit commands the support of the country, in every region and nation of the UK, in areas that voted both Leave and Remain in 2016.

Now that we know that a People’s Vote is possible, it’s time to get out and campaign for one.

Caroline Lucas is a Green MP and a leading supporter of the People’s Vote campaign.