Today the UK's flagship investor in green energy was handed over to an Australian asset management company - and progressives are rightly up in arms. 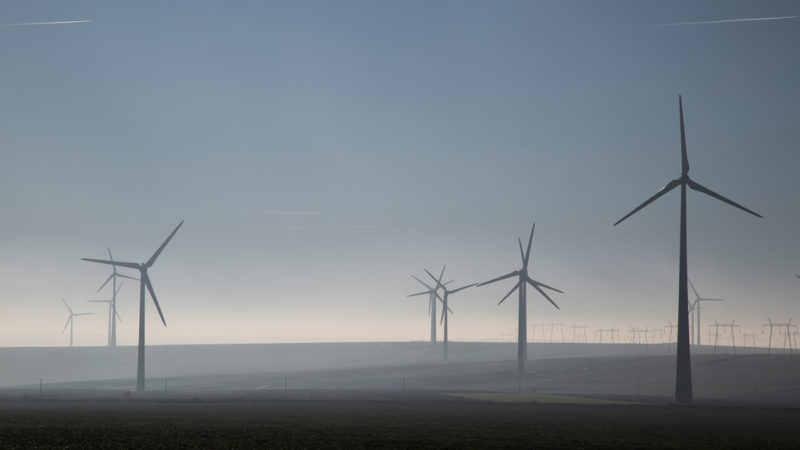 The Liberal Democrats and Green party have attacked the government after the Green Investment Bank was formally handed over to Australian bank Macquarie for £2.3 billion today.

Set up under the coalition in 2012, the Edinburgh-based bank has helped attract over £10bn of private investment in green energy and low-carbon sectors that wouldn’t have happened otherwise.

The government snuck it through just before the General Election – and it’s hugely controversial given that documents obtained by Energydesk suggest that the bank (now renamed the Green Investment Group) may be able to invest in fracking projects.

The Bank had just started turning a profit of £10m before tax in 2015-2016 – meaning it not only invested in socially-good projects but was delivering money for the tax-payer.

“The Green Investment Bank’s environmental mission is in danger of disappearing under the ownership of a private Australian bank whose track record does not inspire confidence.

“Parliament must ensure that commitments to protect the Bank’s green objectives are fully honoured in both spirit and letter.”

The Scottish Greens have also strongly attacked the sell-off of the Scotland-based bank.

“The idea that the former bank will remain a truly green organisation is laughable. Why would the new owners allow for genuine green investments to be made if they are going to impact on the profitability of the company’s previous financial decisions?

“I don’t expect the public to fully trust that this new Green Investment Group will make the right investments in renewables project that could eventually make fossil fuel methods redundant.”

“The completion of this sale is disastrous news for everyone who cares about the future of renewable energy. This was a bad deal for the taxpayer and a bad deal for the planet. In 2016, the GIB started to make a profit and it was set to deliver an annual return of 10 per cent.

“The Government was repeatedly warned that selling the GIB to Macquarie could result in asset-stripping and leave the bank unfit for purpose. The sale means taxpayers no longer have a say if this turns out to be true.

“As we grapple with soaring temperatures and a climate change denier in the White House we need to be investing in green energy, not flogging off our future security to the highest bidder.”