Seventy university heads have sent a letter to the prime minister asking him not to unfairly target international students to lower immigration levels.

Seventy university chancellors and council chairs sent a letter to the prime minister asking him not to target international students in their efforts to lower immigration levels. 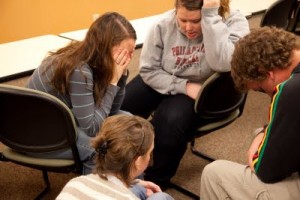 “In this Olympic year, when our universities will be hosting athletics teams and media from across the globe, we urge you to send a clear message that genuine international students are also welcome in, and valued by, the United Kingdom.

“International students also play an important role in towns and cities up and down the country, and contribute significantly to local economies.

“There is a clear opportunity to build on this success, with forecasts suggesting that export earnings from this activity could more than double by 2025.”

The letter also requests that international students are removed from net migration figures in order to identify the difference between temporary and permanent migration.

Britain attracts 1 in 10 foreign undergraduates and postgraduates, who bring in £8bn a year through tuition fees and other investment. This figure is expected to double by 2025. The government hopes to bring down the current net migration figure of 250,000 per year to below 100,000 per year.

Universities are also worried about a number of expected changes to the student visa system which will deter students from studying here.

These include banning students from remaining in the country after graduating unless they earn at least £20,000 in a skilled job, preventing them from taking degrees or MAs that last for more than five years, requiring students to provide evidence of progression through their course and cracking down on dependants.

As Sally Hunt the general secretary of the University and College Union (UCU) wrote on Left Foot Forward last year:

“The UK is the second most popular destination for foreign students, after the United States, but we must not get complacent and must redouble our efforts to ensure we continue to attract the best and brightest students and academics to our shores.

“The changes to student visas as part of the government’s clampdown on immigration risks making the UK a less popular destination for foreign students, which, based on today’s figures, would be bad news for UK universities as they struggled to adjust to huge government funding cuts.

“It is not just universities and our thriving educational export sector that would suffer though. In June, the home affairs select committee warned government plans to limit visas could result in a £3.6 billion loss from the British economy.”

Considering the evidence, might the government change their mind about targeting international students through their immigration drive? And if so, are we in for another glorious U-turn?