Most countries don't allow you to make your friends legislators. 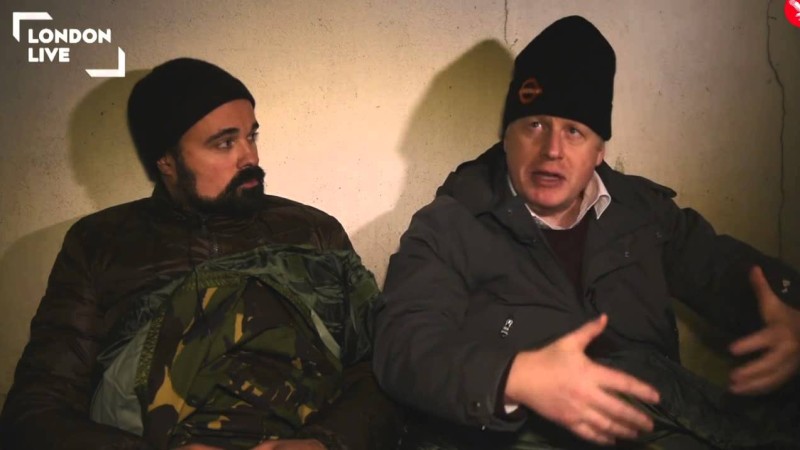 Late on Friday night, the government snuck out its list of nominations for the House of Lords which included many friends of Boris Johnson and people who have done him and his party favours.

The timing of the announcement meant they did not get the attention and the condemnation they deserve in the UK but the world’s media reacted incredulously.

The nominations included Boris Johnson’s brother Jo and his former boss Charles Moore, who gave him a second chance at journalism in The Telegraph after he was sacked from The Times. The leader of Johnson’s local council Raymond Puddifoot and Theresa May’s husband Philip were also nominated.

Perhaps the most controversial appointment though is Evgeny Lebedev, the son of a KGB agent who owns the Evening Standard and Independent. Johnson has stayed at Lebedev’s Italian castle at least six times, often flown out on the Russian mogul’s private jet and partying with celebrity guests like Katie Price and Pixie Lott.

Lebedev’s Evening Standard was a vocal supporter of Johnson in his London Mayoral campaigns against Ken Livingstone and, under the editorship of George Osborne, continues to support the Conservatives. Lebedev even named his pet wolf “Boris”.

Another close friend of Johnson nominated is Eddie Lister. He worked for Johnson when he was London’s Mayor and, according to Tory colleagues, Lister was the one who “kept the show on the road” at City Hall as Johnson never remembered what he’d been told at the last meeting.

The world’s media reacted with ridicule from Ukraine to Panama. The appointments of Jo Johnson and Evgeny Lebedev were most mentioned.

“Boris Johnson has appointed his brother [as] a Lord, and the son of a former KGB [agent]…The 36 new investitures include many loyalists and expand the already abnormal number of members of the Upper House, who sometimes do not even go there.”

“Corruption in England deepens: Johnson promoted his brother…and [the] son of KGB agent to aristocratic status…[There were] waves of fury over the announcement of how many incredibly controversial people Johnson has decided to elevate to a noble status”

“Evgeny Lebedev, son of Russian billionaire Alexander Lebedev…will become the peer of Great Britain…British Prime Minister Boris Johnson was accused of ‘nepotism’ due to the fact that he included not only his Russian friend, but [his] younger brother”

British Prime Minister Boris Johnson offered his brother Jo a seat in the House of Lords, a distinction that eludes former Speaker of the House of Commons John Bercow…With these newcomers, the House of Lords is expected to exceed 800 members, appointed for life”

“Unprecedented decision in the UK: Boris Johnson offered his brother a position in the House of Lords. The British prime minister’s decision has caused a great deal of controversy on the political scene”

“Friendship leads to a seat in parliament: Newspaper owner Evgeny Lebedev’s seat in the House of Lords is the culmination of a mutually beneficial friendship with British Prime Minister Boris Johnson”

“British Prime Minister Boris Johnson named 36 new unelected Members of Parliament for House of Lords on Friday, including his brother, several prominent Brexit supporters and a Russian-born newspaper owner whose father was an agent of the KGB.”

“The Prime Minister of the United Kingdom is a friend of Russian millionaire Evgeny Lebedev and attended his luxury parties (about which he did not speak). Now, the friend has been appointed to the House of Lords.”