He's more of a 'private jet to Italian mansion owned by Russian tycoon' than a 'bucket and spade' kind of guy. 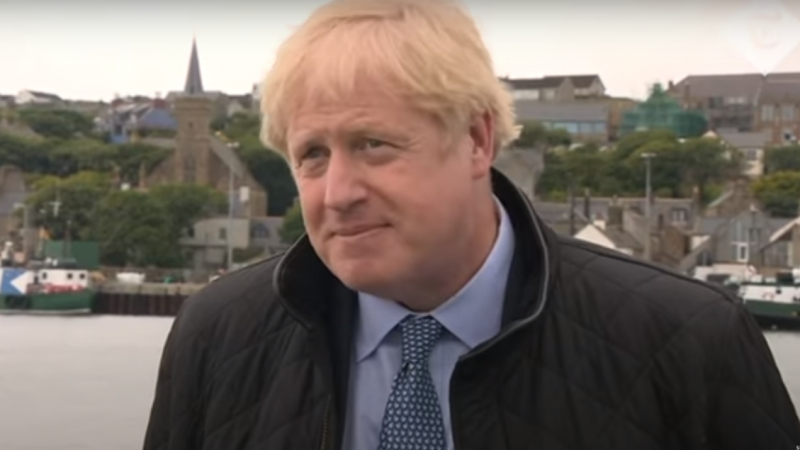 Over the last few weeks, Boris Johnson has consistently talked up the UK as a holiday destination and encouraged ‘staycations’.

The UK does have great holiday destinations and ‘staycations’ are better for the environment, the British economy and the fight against coronavirus.

But when Johnson says things like “all my happiest holiday memories are of holiday vacations here in the UK – bucket and spade jobs or whatever”, it does not ring true.

Because when you look at where he’s holidayed since he became a public figure, there’s not many buckets and spades involved. If he loved the UK’s destinations so much, he’d have gone to them before now.

In fact, his most common holiday destination is a huge castle called Castello de Santa Eurasia near Perguia in Italy.

The castle is owned by Russian media tycoon Evgeny Lebedev. He is the owner of the Evening Standard (which vocally supported Johnson when he was Mayor of London) and now the Independent.

Lebedev, the son of a KGB agent, likes to throw lavish parties at his castles to which he invites politicians like Johnson and celebrities like Katie Price, Joan Collins and Pixie Lott.

According to media reports, Johnson has been to at least six of these parties. The first time was in 2012, when the then Mayor of London was flown out on Lebedev’s private jet.

The last time was in 2018 when the then Foreign Secretary, who was supposed to be co-ordinating international sanctions against Russia after the Salisbury poisoning, was reportedly seen at Perugia airport looking dishevelled and without his security detail the next day.

And when it’s not Lebedev subsidising his holidays, it’s another tycoon. After winning the last election, he pledged to immediately deliver for voters in the Tories’ new Northern seats. He then jetted off to the Caribbean island of Mustique.

The £15,000 trip was listed in the Register of Members Interests as a gift from phone tycoon David Ross. But Ross’s spin doctor denied he paid for it and then later clarified that he had only ‘facilitated’ it. According to the Daily Mail, Johnson did pay for some of the trip but got it at below market rate.

While Johnson was sunning himself, the US killed Iranian general Qassem Soleimani, putting the world at risk of a global war. But our Prime Minister refused to return to the UK to co-ordinate Britain’s diplomatic response.

On this, he’s got previous. On 6 Auguet 2011, a riot broke out in Tottenham after a protest against the shooting of Mark Duggan. On 7 August, the riots spread across London.

On 8 August, Home Secretary Theresa May returned from her holiday but it took another day for Boris Johnson, London’s then Mayor, to return from his holiday in Canada.

Johnson’s then deputy, now a home office minister, Kit Malthouse tried to defend him by saying that his return would “kind of reward” rioters.

Even when he pays his own way, there’s no reports of him holidaying in the UK – whereas he has been spotted on holiday in Turkey and Australia.

If he truly believes what the says about the UK’s holiday destinations being the best in the world, why doesn’t he try a few?