"Members deserve answers. If the Green Party Executive can't follow our own rules then it isn't fit for purpose." 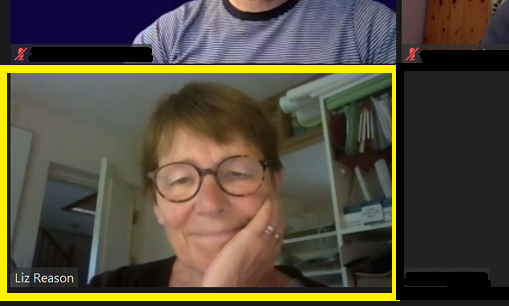 Activists from the Green Party of England and Wales have called for answers from the party hierarchy, after Left Foot Forward revealed that the executive over-ruled a decision to suspend the party’s chair.

Documents seen by LFF show that this March the party’s disciplinary committee ruled that party chair Liz Reason should be suspended from the party for two years and barred from being a party officer for four years, upholding complaints over her alleged conduct. Reason is understood to have appealed unsuccessfully.

However, the suspension was later over-ruled by the party’s executive, in what one senior member described as an unconstitutional ‘coup’. (There is no suggestion that Reason acted inappropriately in this process).

The party’s Standing Orders Committee (SOC), which adjudicates on such matters, ruled that GPEx’s actions were unconstitutional, documents seen by LFF show.

A spokesperson for SOC told Left Foot Forward: “There were apparently both legal and constitutional matters to take into consideration. SOC deals only with interpreting the constitution, not the law. We ruled that the GPEx action was unconstitutional. GPEx disputes this.”

However, party members were kept in the dark about the whole affair – until LFF revealed it yesterday.

A spokesperson for the Green Party of England and Wales told this site: “We do not comment on individual cases.” However, LFF has identified at least four occasions when the party has commented on individual cases, including this year.

Several activists have responded with anger to the revelations, calling for answers from the party. Commenting on LFF’s findings, leadership candidate Dr Rosi Sexton said: “This is concerning. Right now I’m as anxious as you are to find out more about what has happened here, and to ensure proper processes have been followed.”

Green Party chair candidate Ewan Jones referred LFF to his candidate statement: “Over recent years, GPEx has become repetitively snarled with internal discord. We do not have time for this. Nor does the Green Party have the resources of Labour or the Conservatives to waste. My purpose as Chair [would be] to guide our Executive to working co-operatively and effectively together.”

Green activist Steve Lloyd said: “If these allegations are true, they’re extremely serious. Members deserve answers. If GPEx [the Green Party Executive] can’t follow our own rules then it isn’t fit for purpose.”

Former Young Greens co-chair Liam McClelland wrote on Twitter: “I’d like to know which current members of GPEx who are standing  for re-election voted to overturn a decision from another body of our party? This will seriously impact my decision on who to vote for both within the Green Part and Young Green Party internal elections.”

One member who has been suspended and wished to remain anonymous told LFF that the ‘whole disciplinary process is broken’: “I’ve currently been waiting four months and counting for an appeal date…[The process] is not at all fit for purpose for a party of 50k members.

They called for transparency when senior members of the party were facing suspension: “Normally…it’s up to the member sanctioned if they want to make it public or not, which in my opinion is appropriate – with exceptions, such as when somebody in a position elected by the whole membership is suspended [as in this case],” the source said.

Southwark Green Party activist Phil Vabulas added that the revelations were ‘hugely important’, asking: “On what basis can GPEx overrule both the Disciplinary Committee and the appeals process?”

The Green Party constitution states that: “Complaints may be dismissed by the collective agreement of the Chair of GPEx, the Chair of the Disciplinary Committee and the senior manager of the GPEW whose job description specifies the processing of complaints.” However, LFF understands that at least one of these figures was against over-turning the Disciplinary Committee decision.

Party members are currently voting in leadership and executive elections.

Liz Reason and the party did not respond to requests for comment.

UPDATE 9th August: This piece was updated to include a quote from the party’s Standing Orders Committee.