She's now running for election to be party chair again. 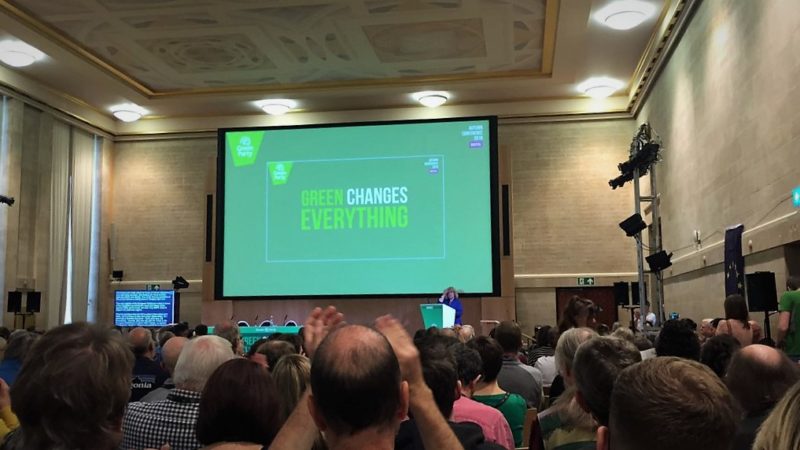 The Green Party’s executive secretly overruled its own disciplinary committee to stop its chair being suspended from the party, Left Foot Forward can reveal.

The Green Party Executive Committee (GPEX) has been accused of “over-reach” and of ignoring party rules in order to reverse Liz Reason’s suspension.

In March 2020, according to documents seen by LFF, the party’s disciplinary committee ruled that Reason should be suspended from the party for two years and barred from being a party officer for four years.

The committee ruled that Reason had breached the party’s rules in two cases. LFF’s understanding is that one case relates to the way a staff member was dismissed and the other to a long-running failure to appoint a deputy chair to GPEX.

In the first, leaked documents show Reason is found to have breached five sections of the party’s code of conduct. These relate to “civilised standards of conduct” (7.2), respecting party decisions (7.1), not bringing the party into disrepute through unethical conduct (7.3), making the party a safe space (9.2) and following agreed procedures (18.2).

The committee ruled that Reason’s actions had created a reputational risk to the party and had also breached section 9 of the disciplinary code for employers. This is believed to refer to ACAS’s code of practice on disciplinary and grievance procedures.

Section 9 of this code says that employers should notify employees if they have a disciplinary case to answer and employees should be given time to prepare a response.

The committee alleged that Reason had refused to allow a union representative to attend a meeting and had failed to follow due procedure.

The second case refers to Reason’s failure to appoint a deputy chair. The disciplinary committee alleged this was a breach of the party’s constitution.

By June though, correspondence seen by Left Foot Forward suggests that GPEX had re-instated Reason and declared the disciplinary committee’s ruling “null and void”. Reason remains a member of the party and is currently running to be elected as chair of GPEX again.

When asked why GPEX made this decision, a Green Party spokesperson declined to comment. LFF understands that one member of the disciplinary committee resigned from the party in response to the decision.

Another member of the disciplinary committee questioned GPEX’s right to overturn the committee’s decision. “This is concerning and seems a direct overreach of GPEX and a breach of the parties constitution, as well as [Standing Orders for Party Discipline],” the member said to others on the commitee.

Commenting on these revelations, one party member with knowledge of these events, told Left Foot Forward: “As party members, we sign up to abide by our code of conduct and constitution, if that can be just ignored and set aside for someone just because they have a position in the party then that makes us no better than any of the other undemocratic parties.”

Another member commented: “GPEX have essentially staged a coup in allowing Liz Reason back into the party. The disciplinary and appeals processes were followed properly. This action makes a complete mockery of these processes, and damages the reputation of the party.”

Reason is now running for chair of the party again in a contested election. Voting in the party’s internal elections opened on Monday and ends at the end of August.

A spokesperson for the Green Party of England and Wales said: “We do not comment on individual cases.” Liz Reason did not reply to repeated requests for comment.