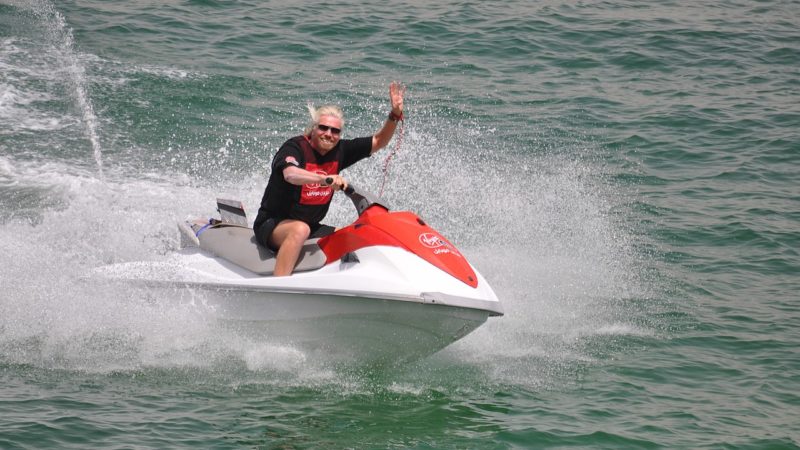 A soundly managed business should have reserves to absorb some of the unexpected shocks. However, that has not been the case with many corporations, as the shareholder-centric model of corporate governance persuades directors to declare high dividends.

The net result is that UK companies, compared to their counterparts in developed economies, pay out the highest proportion of their earnings in dividends. In 2019, UK’s largest listed companies paid out a record dividend of £110.5bn to shareholders. Share buybacks add another £15bn- £20bn to shareholder coffers. The cash outflows have left companies with low reserves and buffers to withstand shocks.

The first port-of-call for any distressed business should be its shareholders. Not so in the UK. Consider the case of EasyJet.

By 30th January 2020, the World Health organisation had declared coronavirus to be a “global emergency”. At the annual general meeting on 6 February 2020, EasyJet directors put down a resolution to pay final dividend of £174m. Some £60m would be paid to its co-founder Sir Stelios Haji-Ioannou. Shareholders duly voted for it and dividend became payable by 20th March.

However, company law requires directors to ensure that after paying dividend the company would remain a going concern i.e. meet its obligations as and when they arise. EasyJet paid the dividend though signs of distress were evident. For example, it had asked a large number of staff to take unpaid leave and a state bailout was being requested. On 6th April, EasyJet secured a £600m loan from the government.

During the current crisis, supermarkets are doing roaring trade. There is no economic case for them to receive any government aid, but they are set to receive £3bn business rates subsidy. Tesco made pre-tax profit of £1.3bn last year and is to receive £585m from the government’s business rates relief holiday. It has declared a final dividend of £635m, making a total pay-out to shareholders of £900m for the year to 29 February 2020.

Government support for businesses is funded by taxes, borrowing and quantitative easing. It is noticeable that entrepreneurs associated with tax avoidance are heading the queue for state support. The government has provided £400m to support bus companies.  Beneficiaries include Stagecoach, a company with a history of using tax avoidance schemes.

Billionaires are attracted to government bailouts like bees to honey. Sir Richard Branson, resident in British Virgin Islands, operates through a maze of offshore trusts and corporate structures. He is a self-confessed ‘tax exile’ and his businesses such as Virgin Healthcare have paid no corporation tax. Yet he is seeking a bailout of Virgin Atlantic, an airline 51% owned by Branson’s Virgin Group.

Another billionaire Sir Philip Green was severely criticised in a parliamentary report on the collapse of BHS. The report noted that Sir Philp and his family extracted hundreds of millions of pounds from BHS through dividends and intragroup transactions involving offshore entities. The funds eventually ended-up with Monaco resident Lady Green and were therefore not subject to UK income tax. (The Green family have denied the purpose is to avoid tax). Now Sir Philip is asking taxpayers to bail out Arcadia, part of his fashion empire.

Many wealthy individuals own more than one home. A second home is often owned through corporate structures. Some of these companies are considered to be small and are eligible for business rates holiday and £10,000 coronavirus grant intended for small businesses. The owners of the more than 7,000 second homes in Cornwall and Scilly alone are seeking government support.

The above are some examples of how the government bailouts are being exploited, mainly because the schemes are poorly thought out.

Here are ten proposals to protect jobs and the interest of taxpayers:

1. Funds must be selectively targeted. Some businesses such as supermarkets and banks are doing good trade and should not receive any public money.

2. Instead of loans, essential services such as railways, bus, gas, water and electricity companies should be brought into public ownership.

3. Wherever possible, financial support should be repayable or be used to acquire an equity stake in the business.

4. The recipient company must not cut jobs or degrade employment terms for the next 12 months.

5. To build future resilience, all large recipient companies must place employee elected directors on their boards.

6. Government funding must not be used for lavish executive pay. No director should receive more than 10 times the lowest annual wage paid to employees.

7. The recipient must not pay excessive dividends.

8. No help should be provided for businesses controlled by tax avoiders or through tax havens unless all tax avoidance mechanisms are cancelled.

9. To ensure that all support achieves the assumed economic objectives, the National Audit Office must be empowered to follow-the-money and report to parliament.

10. Violation of any of the terms, such as those above, would result in immediate cancellation of all financial support.