Big businesses in the UK are still running call centres and operating major premises amid the coronavirus outbreak. 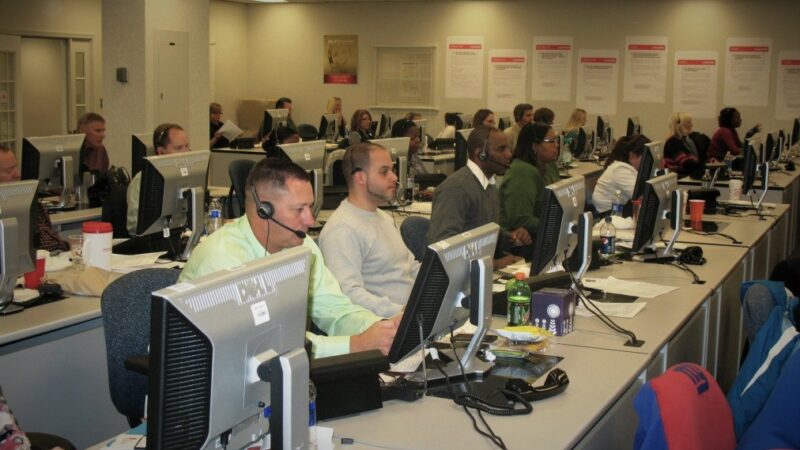 On March 19th, the UK government published its list of ‘key worker’ professions – people deemed as essential in the frontline fight against COVID-19, and whose children would continue to receive educational provision as schools across the country closed.

The list includes employees in the telecommunications sector, including those working in field engineering, network operations and call centres.

The somewhat ambiguous key worker list gave sufficient bait for companies operating within the ‘telecommunications’ and ‘essential items’ brackets to keep their call centres and business premises open, encouraging staff to keep going into work and essentially keep business ‘open as usual’ at a time when severe and unprecedented isolation measures are needed.

Since then, several of the UK’s biggest corporations, including Tesco Bank and Sky, have been criticised for risking the health of staff by encouraging them to come into call centres to work as support staff and on non-essential sales.

Unions in Britain say they have been inundated with an ‘extraordinary volume’ of emails and calls from workers worried that their places of work put them at risk of contracting the virus. In response to criticisms of allowing employees to continue to work in potentially unsafe centralised offices, the Scottish Trade Unions Congress (STUC) urged big businesses to urgently rethink strategies.

Dave Moxham, deputy director of the STUC, said that a significant percentage of the calls are being made from call centre staff: “Call centres play an essential role in providing advice, maintaining digital infrastructure. However, many of them also have massive sales and marketing departments. Call centre workers at Sky alerted us to the failure to send home non-essential staff which also made it impractical to maintain social distancing,” Moxham told the National.

Another big brand coming under similar scrutiny is Virgin Media. Virgin Media engineers – individuals classed as ‘key workers’ as they conduct essential maintenance on TV and internet services – have voiced disdain over the company’s dubious commitments in recent weeks. The company has been accused of putting profit ahead of workers’ health and safety by asking engineers to complete around eight and 10 installations a day, despite strict lockdown measures.

Talking to the PA news agency, one Virgin Media engineer said: “Virgin are still making us do brand new installs. Every engineer in the country is kicking off about it…We’re giving someone a new service when they’ve already got broadband or a TV box with someone else…We’re happy to do maintenance of course, as that’s outside…we just don’t want to go inside people’s homes.”

Members of staff from a Virgin Media call centre near Manchester have also raised concerns about the company putting their health at risk, by being asked to continue working at the call centre to carry out non-essential customer retention duties, tasks that staff believe could easily be automated.

Tragically, a colleague from the call centre, who had been self-isolating with coronavirus symptoms, died. The death prompted the temporary closure of the office for a deep clean. The call centre has also since informed employees that it would be offering homeworking options.

On March 20th, the Chancellor, Rishi Sunak, announced that the state would pay grants to businesses to cover 80% of the salary of workers if companies kept them on their payroll, rather than laying them off as the economy slows due to the COVID-19 outbreak.

For many working in sales environments, whose salaries are only made respectable by the commission they earn, the prospect of not going into work and only receiving a portion of their basic pay amid the current crisis is daunting – despite the associated risks to health that working in confined spaces like a call centre creates.

As one Virgin Media sales employee told me: “It’s stressful trying to decide whether to stay at home on 80% of my basic wage – which is probably less than half my overall monthly salary – or go to work and hope to be paid my usual commissioned pay.

“I’m pleased they’re now offering homeworking. They should have done this weeks ago,” they said.

Sales staff in call centres, offices and other business premises are being forced to choose whether to keep going to work – risking their health but maintaining liveable earnings – or stay at home and try to live on significantly less. Meanwhile, big businesses continue to pay out extortionate sums to shareholders.

It recently emerged that the retail giant Tesco was to pay out £900m to shareholders, despite receiving a £585m tax break from the government as part of the business rates holiday for the current financial year, as Prof Prem Sikka has highlighted. The move to hand out vast amounts of cash to investors has been labelled as ‘aggressive,’ with the government’s tax break offering to the company condemned as a ‘scandal’.

Such unfair conditions are creating a hostile backlash among many workers. As a member of staff from a luxury fashion retailer said:

“My health and safety and wellbeing of my family is being overlooked for the sake of profit.”