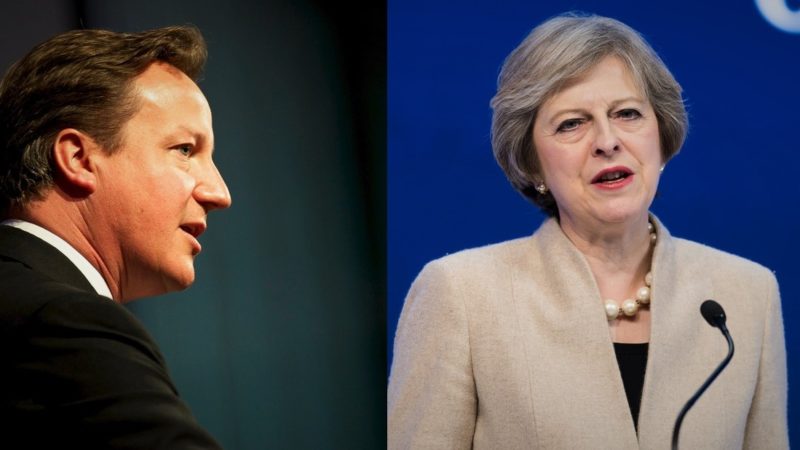 In 2010, in the last year of the Labour government, Sir Michael Marmot released a report into health inequality in England. Ten years on, he’s followed up with a 172 page report on what happened next.

And what happened was that things got far, far worse. Marmot is an academic and so is used to restraint but his foreword to the review did not hold back.

“The damage to the nation’s health need not have happened,” he adds, while concluding that to blame austerity for early deaths is an “entirely plausible” thing to do.

Here’s 21 key points from his report.

In most countries, life expectancy has been increasing for decades. England is no exception – from the beginning of the 20th century, Marmot says, it experienced continuous improvemnts in life expectancy.

However, he adds: “From 2011 these improvements slowed dramatically, almost grinding to a halt.” This slowdown has been greatest in more deprived areas of the country.

2. For some groups, life expectancy is falling

According to Marmot’s foreword: “For part of the decade 2010-2020 life expectancy actually fell in the most deprived communities outside London for women and in some regions for men. This is shocking.”

“For men and women everywhere the time spent in poor health is increasing,” Marmot said.

4. Life expectancy is about society, not just healthcare

“When a society is flourishing health tends to flourish. When a society has large social and economic inequalities there are large inequalities in health. The health of the population is not just a matter of how well the health service is funded and functions, important as that is: health is closely linked to the conditions in which people are born, grow, live, work and age and inequities in power, money and resources – the social determinants of health.”

5. Things have got much worse because of austerity

Marmot says that proving something is because of austerity is difficult. You can’t run the last ten years again without austerity to see the difference.

However, he says the link between austerity and the failure of health to improve and widening health inequalities is “entirely plausible”.

He adds: “Austerity has taken its toll in all the domains set out in the Marmot Review. From rising child poverty and the closure of children’s centres, to declines in education
funding, an increase in precarious work and zero hours contracts, to a housing
affordability crisis and a rise in homelessness, to people with insufficient money
to lead a healthy life and resorting to foodbanks in large numbers, to ignored
communities with poor conditions and little reason for hope.”

He adds: “Austerity has adversely affected the social determinants that impact on health in the short, medium and long term. Austerity will cast a long shadow over the lives of the children born and growing up under its effects.”

6. The last ten years have been worse for ethnic minorities

Marmot says that all the austeirty measures mentioned above have been worse for Black, Asian and Minority Ethnic people.

7…and people with disabilities

The review adds that austerity has been worse for disabled people. It says: “Disabled adults face some of the highest risks of poverty. Nearly half of those in poverty in the UK in 2018 – 6.9 million people – were from families in which someone had a disability.”

In 2019, SCOPE, the disability equality charity, estimated the extra living costs for people with disabilities to be, on average, £583 per month (for expenses related to their impairment or condition) and one in five has costs of more than £1,000 per month.

“Disabled people, at every level of qualification, are more likely than nondisabled people to receive lower pay. Disability assessments for benefits have been reported to be superficial, dismissive, and to contradict the advice of doctors.”

“Those with disabilities are also experiencing the effects of cuts in local government services, particularly within social care, which has increased the burden of the costs of care for people with disabilities and their families. Changes to benefits and taxes since 2010 have resulted in reductions in income for disabled people and families since 2010.”

8. The North-East has become the region with lowest life expectancy

Previously, it was joint with the North-West. But after 2012, life expectancy grow slower in the North-East than North-West. Men are expected to live to 77.9 while women live to

9. The sugar tax was one good thing the Tories did…and they’re thinking of reversing it

The Royal Society for Public Health asked its members and experts what the major UK public health achievements were in the 21st century.

Their top three answers were the smoking ban, the sugar levy (sugar tax) and the 2010 Marmot review.

Yet, following campaigning from secretively-funded right-wing think tanks like the Institute of Economic Affairs and Taxpayers Alliance, Boris Johnson has announced he will review the sugar tax. Will one of the only saving graces of recent governments be reversed?

10. Some local councils have been doing good things in difficult situations

Councils in Nottingham, Manchester, Salford and (in particular) Coventry are singled out for praise in the report.

The report confirms other findings in showing: “Rates of child poverty, a critical measure for early child development, have increased since 2010 and are now back to their pre-2010 levels with over four million children affected.”

12. Sure Start cuts have been devastating

The report says that funding for Sure Start and other early years services has been cut “significantly” while demand for these services increased.

“The reductions in number and change in approach of Sure Start and Children’s Centres are likely to have had a significant impact on inequalities in health and other outcomes,” the report said.

A seperate study by the Institute of Fiscal Studies also found that Sure Start had reduced the number of children being hospitalised.

13. Knife crime has risen most in areas with the most cuts to youth services.

Since 2010-2011, there has been a 31% increase in knife (or sharp instrument) offences. Analysis of data since 2014 shows this increase has been strongest in areas with the largest cuts to spending on young people.

While employment rates have risen since 2010, which was just after a global financial crash, there has been an increase in “poor-quality” work including part-time insecure employment like zero hours contracts. Real pay is also below 2010 levels and there is more in-work poverty.

So there’s more jobs but they tend to be worse paid and more insecure. The incidence of stress at work has also increased since 2010. Perhaps the two things are linked? Stress is of course bad for health.

The report warns: “Automation is leading to job losses, particularly for low-paid, part-time workers and the north of England will be particularly affected.” As unemployment and insecurity are bad for health, automation (as it currently plays out) is a threat to the public’s health.

Marmot’s review only covered England. But he said that the other countries of the UK have experienced slowdowns in life expectancy improvements too.

17.The richest 1% are increasing their share of the UK’s wealth

18. Benefit sanctions should be scrapped

The report says sanctions should be removed, as should “conditionalities” in welfare payments.

This is because, the report said: “Research has shown the majority of jobseekers are keen to work and do not require the threat of sanction. Instead, sanctions cause further poverty and, in some cases, destitution (manifested in increased debt and use of foodbanks) as well as worsening mental health.”

19. Parts of the country have been ‘left-behind’

About 4% of English people live in council wards which can be considered “left behind”. These are disproportionately in the post-industrial North and in the coastal South.

Manchester, Birmingham, Merseyside, Middlesborough, Hull and Stoke-on-Trent have a particularly high number of these wards.

20. We should tax the rich to make the country fairer

The report recommends we “reduce the social gradient in the standard of living through progressive taxation and other fiscal policies.” In everday English, this means tax the rich to make the country fairer.

The report continues: “It is assumed that the public would not countenance increases in taxation. However, opinion polls repeatedly show the public are willing to pay more taxes, particularly if the money raised is used to fund the NHS.”

“In 2018 the British Social Attitudes survey found 60 percent of the UK public were in favour of the Government increasing tax to spend more, an increase from 49 percent of the public who responded in this way in 2016 and 31 percent in 2010.”

“In any case, taxation levels are not particularly high compared with other European and OECD countries.”

21. Air quality is a class and racial justice issue

Air pollution is worse in areas of high deprivation as well as in areas with lots of people from ethnic minorities. It increases the risk of deaths from heart disease, strokes and lung disease.

This article was amended on 26/2/20 so that it described the IEA as a think tank.