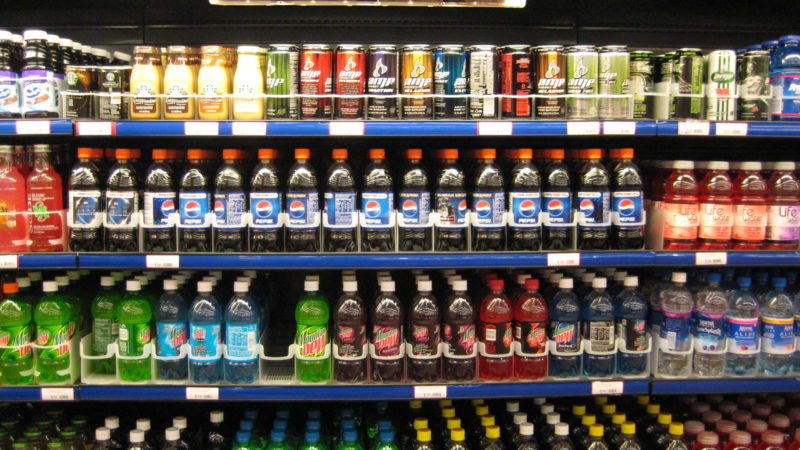 A couple of years ago to ask whether ‘sugar was the new tobacco’ was considered a vexatious question, outside of mainstream opinion. But events of the last year have made it a politically salient issue.  And the food and soft drinks industry’s response bears many similarities to that of the tobacco industry.

Our collective sweet tooth has had a lot of encouragement. The ubiquity of sugar, added into much of our food and drink, makes it hard to avoid. For decades manufacturers have sought to perfect the sweetness profile of their products to make them ever more appealing to us.

In addition – as research shows – marketing budgets, retail promotions and the use of child-friendly licensed and brand characters are all heavily skewed to products high in fat, salt or sugar.  This results in an obesogenic environment, nudging people towards less healthy choices and glamourising sugary ones, much in the same way that the tobacco industry once operated.

At a recent debate at London South Bank University, academics and students were in near-unanimous agreement that sugar counted as an addictive substance. Among the arguments put forward were that sugar has a double whammy effect: there’s the emotional or psychological side of eating sugar foods, tapping into our brain’s reward and pleasure functions; and there’s physiological side of what sugar does inside our bodies, the effects on the liver, and on an endocrinal level.

Just under a year ago, Public Health England issued its evidence-backed recommendations for action on sugar reduction, followed by the Health Select Committee’s report into the issue.

The government has acted too: first, with Osborne’s Budget announcement of a sugary drinks tax (or Soft Drinks Industry Levy to give it its official title); and in August with the launch of a slimmed down Childhood Obesity Strategy, which included voluntary reformulation targets and confirmed the new Government’s support for the Levy.

To every action, a reaction. The food and soft drinks industry is fighting back, trying to protect itself from what it sees as unnecessary regulation and taxation, which affect how they do business.

They are challenging the academic and scientific evidence, commissioning their own reports, showcasing their efforts to improve, and employing the services of a highly paid public affairs consultancy to help lobby politicians. The amount of money they appear to have spent just in September alone is several hundred thousand pounds.

It isn’t just the scale of campaigning and co-ordination between companies which echoes tobacco industry’s tactics at moments of crisis.  The messaging, emphasising the economic impact on the industry and denigrating other countries’ efforts, is similar too; as is the involvement of big corporations behind the scenes.

The biggest cheerleader for the recent ‘independent retailer’ day of action against the sugary drinks tax was a senior executive from Coca Cola.

Meanwhile, People Against Sugar Tax and The Taxpayers Alliance, bullish sugar-tax naysayers, adopt dubious names to associate themselves with populist credentials, and try to paint opponents as extreme ‘Nanny Staters’ – another well-established strategy.

The tobacco industry itself is more than a by-stander. As the Tobacco Tactics researchers have revealed, the Institute of Economic Affairs – a vocal opponent of a sugary drinks tax – has received funding from and are known to have been working closely with tobacco companies for many years.

The benign-sounding Action on Consumer Choice is another anti-sugary drinks tax outfit directly funded by the tobacco industry. And the corporate affairs team of Imperial Tobacco are now directly entering the debate, decrying as “propaganda” press stories about the need for sugar reduction.

History suggests that ultimately such efforts will fail. But that takes time. With obesity and type two diabetes in England costing more each year to treat than is spent on police and fire services and the judicial system, combined, it seems particularly pertinent to question who benefits from the current state of weak regulation and lack of a sugary drinks tax, and who is paying the price.

Malcolm Clark is co-ordinator of the Children’s Food Campaign. A project of charity Sustain: the alliance for better food and farming, it advocates for a sugary drinks tax as part of comprehensive strategy to make healthy and sustainable food and drink more affordable, available and visible than less healthy products currently are.

4 Responses to “Is sugar the new tobacco? The industry’s lobbying tactics suggest so”