They're by no means the first Tory donors to be knighted. 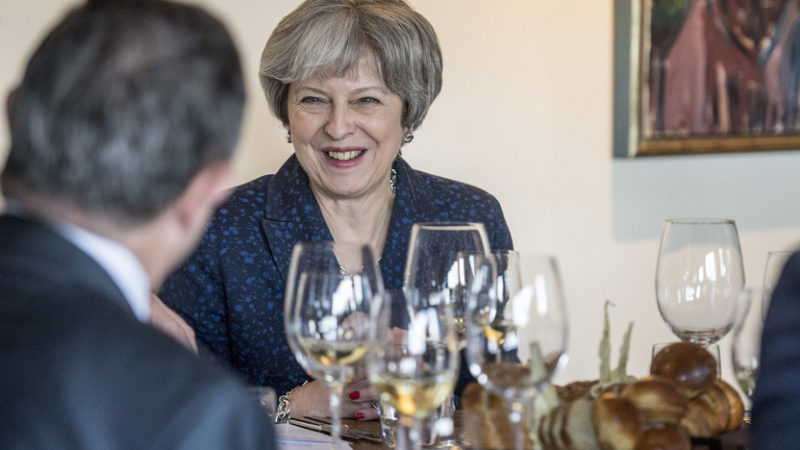 Theresa May has granted honours to three major Tory Party donors in her resignation honours list.

The former Prime Minister has knighted Ehud Sheleg and made Lords of Rami Ranger and Zameer Chowdery.

Between them, the three have given over £5m to the Conservative Party. They are the latest in a long line of Tory donors to be made a knight or Lord.

Ranger’s company Sun Mark has given over £1.3m to the party over the last ten years.

Ranger, who supported May’s leadership bid, was criticised for attending the infamous President’s Club all-male dinner where waitresses were sexually harassed. Ranger says he wasn’t aware of harassment and has learned not to attend all-male dinners.

Ehud Sheleg, an Israeli art dealer and the party’s co-treasurer, has given nearly £3m to the Tories.

Sheleg’s brother and business partner Ran Sheleg was involved in a controversial online investment industry. Both deny any wrongdoing.

These three are by no means the first Tory donors to be honoured. In 2017, a man called Theodore Agnew was made a Lord after giving the party £150,000.

As well as giving millions to the Tory Party, Lord Fink is famous for responding to tax avoidance accusations from Ed Milliband by saying: “Everyone does tax avoidance”.

Anti-corruption campaigners at Transparency International have criticised the awarding of honours to donors. In a statement to BuzzFeed, they said:

“Questions have always hung over the curiously strong relationship between big political donations and the awarding of peerages, so whenever a major party donor is nominated to the Lords it’s going to raise eyebrows.”

“Those given the honour of serving in Parliament must be there based solely on merit — not the depth of their pockets. To remove the perception or reality of foul play, the corrupting influence of big money should be taken out of UK politics, including a cap on how much any individual or donor can give in any year.”