He says he doesn't "give a toss" what the Chief Executive of Womens' Aid thinks. 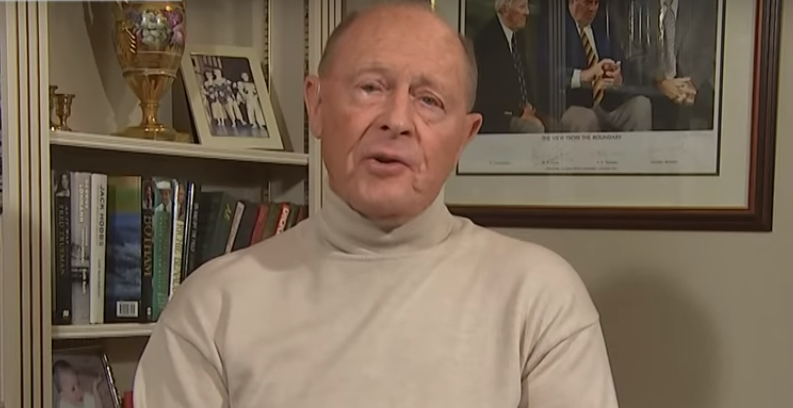 In her resignation honours list, Theresa May has knighted former cricket Geoffrey Boycott along with several Tory donors.

The decision has been criticised by Womens’ Aid as Boycott has a conviction for domestic violence for assaulting his then girlfriend Margaret Moore in a French hotel.

Moore was left with a bruised forehead and blackened eye after the attack. Boycott says she got the injuries through an accidental slip and fall.

Adina Claire, co-acting chief executive of Women’s Aid, said: “Celebrating a man who was convicted for assaulting his partner sends a dangerous message – that domestic abuse is not taken seriously as a crime.”

“With increasing awareness of domestic abuse, and a domestic abuse bill ready to be taken forward by government, it is extremely disappointing that a knighthood has been recommended for Geoffrey Boycott, who is a convicted perpetrator of domestic abuse.”

When Today Show presenter Martha Kearney started to put Claire’s criticism to Boycott, he interrupted her and replied (at 2.29.27):

“I don’t care a toss about her love. It’s twenty-five years ago. You can take your political nature and…do what ever you want with it. You want to talk to me about my knighthood, very nice of you to have me, but I couldn’t give a toss.”

Boycott said the French court was wrong to find him guilty of assaulting his girlfriend, falsely claiming said that in France you are presumed guilty and have to prove yourself innocent.

This is a common misconception about the French legal system, repeated by Philipine President Duterte among others, but it is not true according to a fact-check by ABS-CBN news.

Boycott said that French courts presuming guilt was one reason he voted to leave the European Union.

Boycott said it was difficult to prove your innocence in another country in a second language.

Like UK courts, French courts use translators and Boycott was represented by a French lawyer called Jean-Luc Cardona.

Theresa May has previously compared herself to Boycott, calling him “one of her cricket heroes”.

An estimated 1.3 million women and 695,000 men experienced domestic abuse in the past year, according to official statistics.

5 Responses to “May knights cricketer convicted of domestic violence”