It's time for new thinking from this so-called Nobel prize. 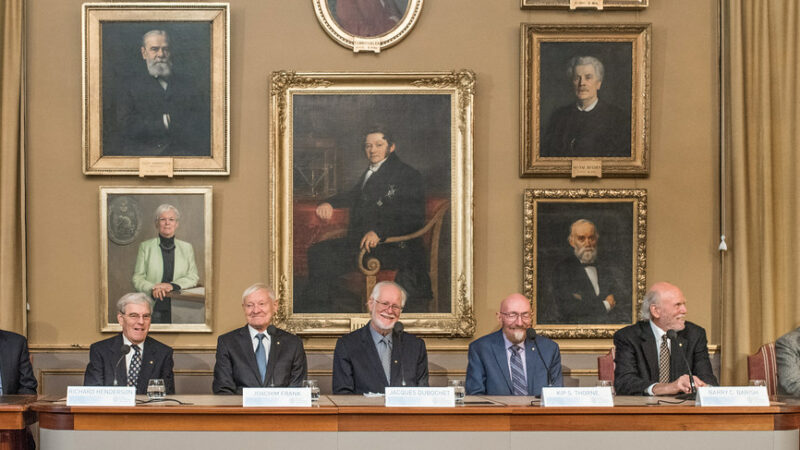 The Nobel Memorial Prize in Economics will be 50 years old next month. One thing unites all its winners, bar one: they have all been male.

This is not just an affront to equality. In overlooking brilliant female economists, the Swedish Central Bank’s Nobel has neglected economic theory which could have helped prevent the turmoil of regular financial shocks and political trauma.

The outstanding female economists passed over by the Nobel Foundation have often understood the social nature of money and credit as a social construct more profoundly than male economists crowding the world stage. And yet, they have rarely been recognised, never mind celebrated. That must change.

The greatest economist, regardless of gender, never to win a Nobel is Joan Robinson. The economics textbooks I studied as a young South African student in 1960s, written by Nobel-winner Paul Samuelson, made no sense of the racialised capitalist system I lived under. And, then I discovered Robinson’s Economic Philosophy. I still recommend it to today’s young economic writers and students.

In a clear, brilliant and often witty style Robinson – a Cambridge professor and ally of John Maynard Keynes – argued that however much economists shun ideology, ethics and morals, they cannot escape them. Independent and outspoken, she explained that the purpose of studying economics is simply to avoid being deceived by economists. She dismissed micro-economists obsessed with mathematical modelling: “I never learned maths” she wrote,” so I had to think.”

Decades after her death, she remains a major figure. Her analyses of monopolies and monopsony (where there is only one buyer in a market) were remarkably original.  The Nobel Factor analysis shows that if you ranked by the number of citations all Nobel Memorial Prize winners in economics, only ten winners would rank above her, the other seventy-one males rank below.

Robinson was repeatedly nominated for the prize. She was held in high esteem by the mainstream American economists, with whom she often clashed. She taught two future Nobel winners in economics: Amartya Sen and Joseph Stiglitz. Many people expected 1975 to be her year. Business Week said that she was “on everyone’s list for this year’s Nobel Prize in Economics”. But the Royal Swedish Academy of Sciences missed that opportunity, and alas, never regained it.

Robinson’s exclusion may also have been due to her left-wing views, but it was undoubtedly sexism too. And, hers is not an isolated case. Many other brilliant women have been kept out of the biggest prize in economics.

There’s the late Susan Strange the architect of the academic field of international political economy, whose book Casino Capitalism was well ahead of its time. Victoria Chick, a formidable and outstanding macroeconomist and monetary theorist. Then there’s underrated Cheryl Payer who wrote The Debt Trap that had a significant impact on me, and on other economists working on the issue of sovereign debt.

What is really important about the work of all of these women is that they all understand the nature of money and the monetary system. They have a profound understanding of debt and credit and its role within the economy.

The general ignorance of the nature of credit and banking among most economists – who persist in the belief that banks are ‘intermediaries between impatient borrowers and patient savers’ helps explain the recurrence of financial crises.  That ignorance is why it is so important that these women are acknowledged and celebrated.

Until we do, citizens, entrepreneurs, workers and capitalists will continue to be confronted with the consequences of today’s flawed neoclassical economics: increasingly frequent financial crises; economic failure and the resulting political blowback: Brexit and Trump.

The Nobel Foundation can do better. Seventeen women have won a Nobel Peace Prize, fourteen have won in Literature, and a dozen in Medicine. There are many brilliant female economists working and writing today: just look at the outstanding work of Mariana Mazzucato. Why has only one woman ever won in economics?!

A silver lining of sorts is that even without the Nobel, Robinson has not been forgotten. One of the big trends of recent years has been the prospect of the break-up of big tech giants: Google, Amazon, Facebook, and Apple. Joan Robinson’s theory of monopolistic competition is at the cutting edge of the debate and was cited earlier this year in a major US Supreme Court decision on Apple’s domination of the app market.

It’s time to reboot the Nobel and upgrade it with some fresh economic thinking – by women.

Ann Pettifor is an economist and author, and is a Director of Policy Research in Macroeconomics (PRIME).