Monetary policy shouldn't be left to technocrats, writes Hannah Dewhurst In the run up to the October 14th Economics prize announcement. 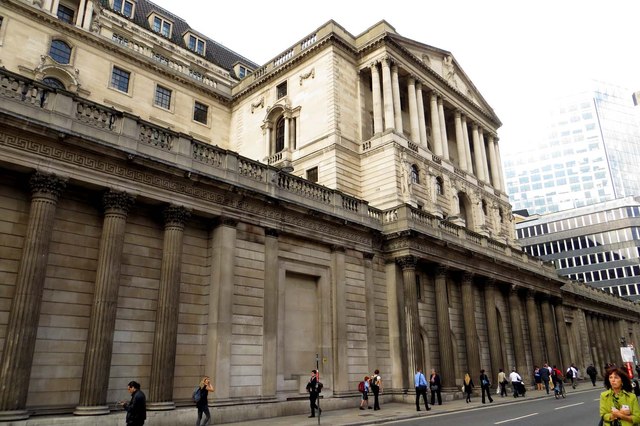 What’s the first thing you read this morning? Twitter? An email? The back of a cereal box? It probably wasn’t your own obituary.

That’s what happened to Swedish industrialist Alfred Nobel back in 1888 when he opened the paper one morning. Worse, the article, according to the story, said that the “merchant of death is dead”. The accident changed his life.

After making his fortune from manufacturing arms and dynamite, he created a new legacy with five prizes (for Physics, Chemistry, Medicine, Literature, and Peace) for people who “conferred the greatest benefit to humankind”.

Fast forward 70 years and another group of powerful men decided to jump on Nobel’s benevolent bandwagon and build a legacy of a rather different kind.

In the 1960s, the Riksbank, the Swedish central bank, was seeking greater independence from government. In this conflict between central bankers desiring autonomy and politicians running a social democracy a new weapon emerged: a fake Nobel prize. Everyone knows it as a Nobel and not its full name, the Sveriges Riksbank Prize in Economic Sciences in Memory of Alfred Nobel.

As the book ‘The Nobel Factor’ reveals, the Swedish bank’s aim in creating the new prize was to use the halo surrounding the Nobel brand to enhance not only their authority, but the credibility of pro-market economic theories they espoused.

Descendent Peter Nobel, summed it up best when comparing the new prize as “a PR coup by economists to improve their reputation.” By claiming scientific credibility for economics, the architects of the prize helped to separate monetary policy decisions from politics, and in doing so prevent interference from meddling democratic representatives.

The legacy endured and was sealed in 2004. That year, Edward Prescott and Finn Kydland’s won the prize, in part, for a paper which included a mathematical model proving central banks should be independent of the influence of elected legislators – even in democracies.

Prescott and Kydland’s paper had “far-reaching impact”. For 25 years now, central bank independence has become the norm in developed economies from New Zealand to the Eurozone. Along with it came the sense that economics – and specifically monetary policy – was a politically neutral affair that shouldn’t concern politicians and the public.

But this is wrong. Far from being politically neutral, monetary policies have huge impacts on society. Just look at how the Bank of England’s quantitative easing programme turbo-charged inequality and the housing crisis.

After the financial crisis of 2008, the Bank created £445 billion in new money to boost the economy. But, because of the way the Bank designed it, the benefits of QE were extremely unequally distributed. The richest households gained up to 278 times more than the poorest.

The central bank has also kept interest rates historically low which has meant soaring house prices in the UK, mistakenly often blamed on a shortage of houses. The bank’s decision has transformed houses into financial investments out of the reach of most ordinary people.

Decisions with huge real-world consequences like these, shouldn’t be made without democratic involvement. Economics is a social science at heart and should not be separated from the citizens whose lives it affects.

For too long economic experts have tried to hide or deny their political influence. The Nobel Memorial Prize in Economics has been a key weapon. But we can’t let them get away with it any longer.

That’s where the Not the Nobel Prize project comes in. Not the Nobel is your chance to turn the tables on the Riksbank and all the central banks who believe people should not have a say in economics. In opening nominations for the prize up to public, we want to shine a light on new economic thinkers and ideas which can start to reduce the huge imbalance of power that exists in our economies.

We need all our economic institutions, especially central banks, to be more open, democratic and transparent. And this new prize, is a great first step towards that.

Hannah Dewhirst is a campaigner with Positive Money. Join the #NotTheNobel debate online and help find fresh economics for addressing the challenges of the 21st century.

This is part of Left Foot Forward’s ‘Not the Nobel’ series. See also: “Nordhaus can have his Nobel, but we shouldn’t let his theory gamble with humanity’s future” Not the Nobel Prize is led by Promoting Economic Pluralism, alongside the Circular Economy Club, Diversifying and Decolonising Economics, Dollars and Sense, Economy for the Common Good, Rethinking Economics, the Wellbeing Economy Alliance , WEAll Scotland and Positive Money.

5 Responses to “Don’t let the Nobel Prizes fool you: central banks are political”