The economics prize - named after the inventor of dynamite - has helped destroy social democracy. A new award #NotTheNobel can set us back on track. 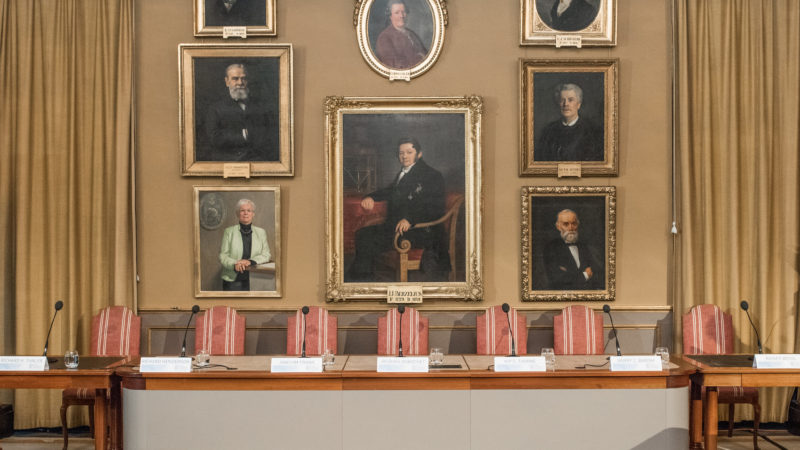 When Alfred Nobel died in 1896, he created the most famous prizes in the world: in physics, chemistry, medicine, literature and peace.

He stipulated the prizes be given “to those who, during the preceding year, have conferred the greatest benefit to humankind”. He never mentioned economics.  So, why this year, is the ‘Nobel’ Prize in economics celebrating its 50th anniversary?

The creation of this new ‘Nobel’ is a little-remembered story of a power struggle between a government and its central banks. It gave authority to a narrow range of people and ideas and helped neoliberalism conquer the world.

The story starts in 1960s Sweden. The Swedish government of the day, composed of social democrats, wanted housing and employment for all, but their central bank resisted. The government won the battle, but the bank plotted its revenge and won the war.

With some deft manoeuvring, the central bank – the Riksbank – took advantage of its 300th anniversary to establish a “prize in economic science dedicated to the memory of Alfred Nobel”. The Nobel Foundation said “yes” to a new prize for the only time in its history, first awarded in 1969. Ironically, the prize named after the inventor of dynamite would help blow up social democracy.

Although not a Nobel, the new prize was set up to mimic the originals in every detail: the prize money, the award ceremony, the presentation by Swedish King are all the same. The differences were glossed over.

The Riksbank pays the Nobel Foundation around $2 million a year for the prize. The Nobel family, briefly consulted, had insisted the new prize be kept separate, giving it a clunky name. But, everyone knows it as the Nobel Prize in Economics, not The Sveriges Riksbank Prize in Economic Sciences in Memory of Alfred Nobel.

As Avner Offer and Gabriel Söderberg show inThe Nobel Factor, the Riksbank’s creation of the new Nobel in Economics coincided with the rise of market fundamentalism.

The two main architects of neoliberalism both won prizes in the 1970s. F.A. Hayek, who inspired Margaret Thatcher, won in 1974 and Milton Friedman, a key influence on Ronald Reagan, won in 1976. Without the Nobel, they may not have had the necessary prestige to be heard in Western democracies. Eight members of the neoliberal Mont-Pèlerin-Society have won the Nobel, and between 1990 and 1995, five out of six prizes were awarded to the University of Chicago.

Left-leaning economists won at times, but the committee excluded some high-cited scholars such as Joan Robinson and John Kenneth Galbraith on ideological grounds.

It took until 2009 for Elinor Ostrom to become the first, and only, woman to win the prize. Only two non-white economists – Arthur Lewis and Amartya Sen – have ever won.

The Nobel Memorial Prize in Economics has been used to promote one specific theory of economics – known as neoclassical – above all others. It’s a vision of economics discovering laws, like gravity, somehow outside society. Rather than the sane view which sees economics as part of ethics, democracy, and nature.

Alfred Nobel’s descendants have repeatedly asked for their family name to be removed from the prize, and repeatedly been ignored. Peter Nobel, the great-grandson of Alfred Nobel‘s brother Ludwig, calls the prize a “PR coup by economists to improve their reputation“ and a “cuckoo‘s egg in the Nobel nest“.

So, what can we do? Despite the objections and the obvious failure of economic thinking in the global financial crisis of 2008, the economics prize has only made small changes. It must go much further.

Rather than criticise from the sidelines, the organisation Economy for the Common Good that I founded, has joined withPromoting Economic Pluralism and other partners, to create an alternative award theNot the Nobel prize.

We are asking you to nominate and vote for economic thinkers and doers who are addressing the real-world crises of the 21st century: ecological breakdown, financial crashes, and soaring inequality.  The winner will be announced on 3 October. As we face an uncertain future, let’s find and celebrate solutions that really would be of greatest benefit to humankind.

Join the #NotTheNobel debate online and help us find fresh economics for addressing the challenges of the 21st century. Find out more here.

Christian Felber is a writer, speaker, and founder of ‘Economy For The Common Good’ based in Austria.