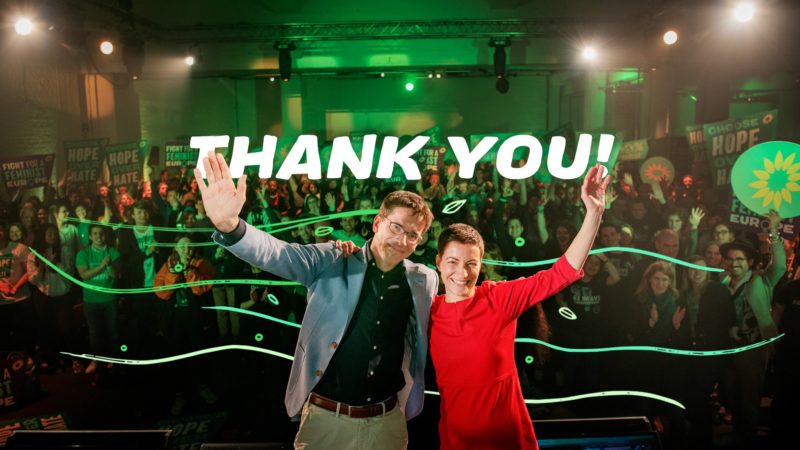 The Greens-European Free Alliance group is now officially larger than the main far right group in the European Parliament.

With 75 MEPs, the Green group – which includes the SNP, Green Party of England & Wales, and Plaid Cymru – has overtaken the ‘Identity and Democracy’ (ID) group’s 73 members.

ID is the successor to the far-right ‘Europe of Nations and Freedom’ grouping, and is dominated by Italy’s Northern League, Germany’s AfD party and France’s National Rally.

It is a symbolic blow to far-right, anti-EU forces, but could also have an impact on the allocation of seats to crucial Parliamentary committees. European Parliamentary groups play an official role leading the Parliamentary agenda.

YEEEEEEEEES! It’s official:@GreensEP are bigger than the far right group in the European Parliament. 75 to 73 seats.

The ranking is not only symbolic, but has substantial impact on the influence of the groups.

The Green group went from 52 seats before the European elections to 75, boosted by the success of the Green Party of England and Wales, which grew from three MEPs to seven.

Now it’s official: @GreensEP are the forth biggest group in the European Parliament. Bigger than the far right. A good reason to celebrate at our first press dinner – at the Brussels train museum of course! With MEPs of @europeangreens @VoltEuropa @europeanpirates @EFAparty pic.twitter.com/so18j49UZT

EurActive reports that seven political groups have been formed in the new European Parliament ahead of Parliament’s inaugural plenary on the 2nd July. See a full breakdown of the groups here.