Fracking companies pay Westminster insiders to lobby for them 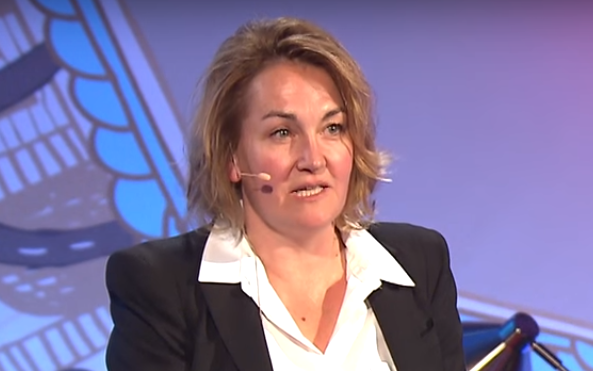 The government’s fracking tsar Natascha Engel has resigned claiming that environmental activists had been “highly succesful” in thwarting her promotion of fracking.

She blamed a “powerful environmental lobby” for scuppering the controversial process of fracking – which involves extracting shale gas (a fossil fuel) and burning it.

Critics say it uses a lot of water, worsens climate change, causes earthquakes and contaminates roundwater. It has been banned in several European countries including the Netherlands but is legal in the UK.

Anti-fracking activists have been determined, taking direct action to stop fracking and winning the debate – making it highly controversial in the public’s minds.

The environmental lobby is effective but is it powerful? Not in the same way the fracking and fossil fuel lobby is.

Unlike fracking companies, environmentalists do not employ expensive lobbyists and political insiders to make their case to government.

Engel should know all about fracking companies and their lobbying. While fracking tsar, she is bound to have had countless conversations with these companies.

When Greenpeace requested details of this correspondence under Freedom of Information rules though, Engel supplied only a few documents, claiming:

“I tend to deal with everything on the day and delete what has been done to avoid any huge build-ups or risk of duplication. The same is true of the few notes I take in meetings which I review in the evenings, action and throw away.”

Engel has also worked for a fracking company herself. After twelve years as a Labour MP, she lost her seat in 2017 and became a “consultant” to Ineos – owned by Brexiteer billionaire Jim Ratcliffe.

In this role, she wrote what Ineos described as an “information booklet” to “explain” fracking to her local community.

And she is not the only one to go through the revolving door from politics to fracking.

In 2010 Lord Browne, the chair of fracking company Cuadrilla, was appointed by David Cameron to be the “lead nonexecutive director” at the Cabinet Office.

According to Green MEP Molly Scott-Cato, he pledged do “whatever it takes” to promote shale gas, using his position to gain privileged access to climate-denying environment secretary, Owen Paterson, and the head of the Environment Agency, Lord Chris Smith.

Unlike environmental groups, the fracking industry also employs specialist lobbying agencies on its behalf – alongside these companies own in-house lobbyists.

Cuadrilla used a lobbying company called Hanover Communications between 2015 and 2017, and may still do so today.

The UK’s so-called ‘lobbying register’ tells the public very little about who is lobbying and on what – but it does say that Hanover contacted ministers on Cuadrilla’s behalf in every quarter between April 2015 and March 2017.

Hanover employs someone called Alison Woodhouse as the head of its energy division.

She knows government well, having formerly been a strategic policy manager at the Department of Energy and Climate Change and guiding the Energy Act 2013 through parliament.

According to Perry’s meeting disclosures though, she met neither Greenpeace or Friends of the Earth in 2018. Greenpeace has 130,000 supporters in the UK

And she has only held one meeting with Extinction Rebellion despite polling showing that millions support the movement and its protests.

When it comes to political influence, any power the environmental movement have comes from its popular support, the ordinary people who campaign groups rely on to fund them, protest and spread the message.

Fracking companies on the other hand see huge prizes in shale gas and are able to spend vast sums in trying to influence government through an army of Westmister insider lobbyists. So who is the real “powerful lobby”?