"Investing in fracking at this point in time is both criminally harmful to our futures as young people and is used to stall development in renewable energy." 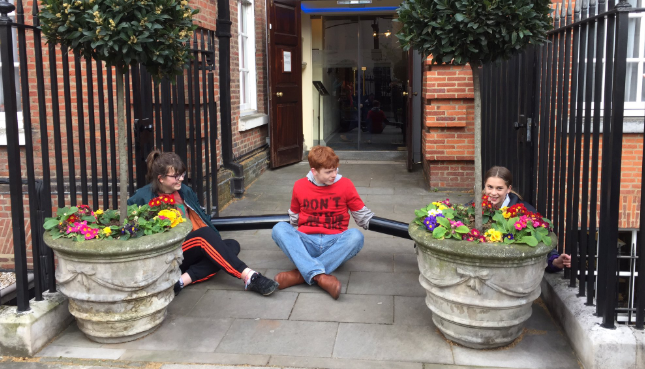 Six young people have blockaded a fracking seminar in London on Thursday.

The protestors, aged between 15 and 24, locked themselves together outside the event on the “unconventional oil and gas market in the UK”.

The event promised to “assess the next steps for overcoming barriers to the commercialisation of domestic shale into the UK energy mix”.

Fracking is a technique designed to recover gas and oil from shale rock.

It uses a lot of water, can cause earthquakes and can contaminate roundwater.

On top of this, using the oil and gas extracted through fracking causes climate change.

Fracking has been banned in several European countries including the Netherlands but is legal in the UK.

The protestors were from the Extinction Rebellion group. Their youth Coordinator, Robin Ellis-Cockcroft, 24, said:

“The reason behind this action is that investing in fracking at this point in time is both criminally harmful to our futures as young people and is used to stall development in renewable energy technologies – solar, wind, battery storage, etc.”

“By convening and attending this conference the Westminster Energy, Environment and Transport Forum are promoting short term business over our generation’s future – as such, we will be blocking access to the conference to both stop such work and provide a clear message of what they are sacrificing for their profits.”

“This action is held in respect of the amazing work anti-fracking activists have done around the UK over the past few years – we stand with them and look to continue pushing the message that fracking is not a part of our future.”

One of those blockading was 16-year old Isla Sandford Hall. She said:

“Fracking and conferences like this are part of the system that is devastating my future, I refuse to be complicit in my own and everyone else’s destruction – I can’t trust adults to act responsibly any more, so I am acting myself”

“The fact that this conference is even being allowed to be held when we are already in the midst of climate breakdown is nothing more than evil. Even though we are not fully blocking those who are attending from entering, hopefully the fact that they have to step over us will at least make them consider the damage that they are causing to our futures.”

Extinction Rebellion have previously protested against fracking by occupying the Department for Business, Energy and Industrial Strategy.