Public interest is at risk when successive officials and elected representatives leave the corridors of power to join the fossil fuel lobby. Molly Scott Cato writes. 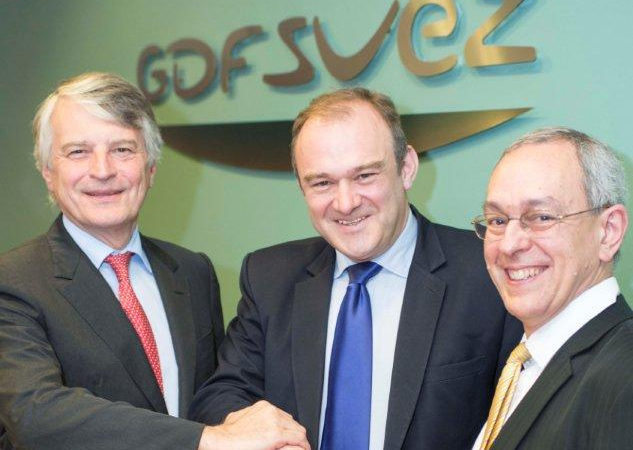 As the UN Climate Change Conference kicks off this week, Greens in Europe release a report highlighting the revolving door which spins many a minister, policy advisor or civil servant effortlessly into the arms of the fossil fuel lobby.

All too commonly, public office-holders, previously responsible for regulating on energy and climate, utilise their contacts, knowledge and strategic insights to help oil and gas companies increase their reach, influence, power and profits.

The report details the UK’s endemic revolving door problem, that exists at all levels of government, from ex-ministers to ex-political advisors and senior and middle ranking civil servants. 60% of ministers and public officials snatch a job in the same sector as their government post and the department with the highest percentage of people revolving into the same field is the Department for Business, Energy & Industrial Strategy (BEIS) which subsumed the Department of Energy and Climate Change (DECC).

Nearly 90% of people leaving DECC took up jobs in the energy sector, according to one 2016 academic study; this includes six former energy ministers.

Many of those taking up lucrative positions in the energy industry try and justify their appointments on environmental grounds, but these claims do not hold up to scrutiny. Ed Davey, the former energy secretary from 2012-2015, is a case in point. He quickly spun himself into an energy sector consultant, taking up a host of appointments. He has always argued these promote ‘sustainable energy solutions’. However, one of his commissions was for the Macquarie Group, which has acted as financial advisors to the UK’s biggest pro-shale company, Ineos.

Others make no pretence of furthering an energy revolution. They only revolve into extremely well-paid contracts in the fossil fuel sector. Charles Hendry was minister of state for energy in the coalition government and secured £3,333 a day as a consultant for Vitol, the world’s biggest oil trader handling 270 million tonnes of oil in 2016.

But the door swings both ways and funnels those connected to the fossil fuel industry into the heart of government. In 2010 Lord Browne, former CEO of BP, was appointed by David Cameron to be the “lead nonexecutive director” at the Cabinet Office. He was also chair of fracking company Cuadrilla at the time and pledged to do “whatever it takes” to promote shale gas, using his position to gain privileged access to climate-denying environment secretary, Owen Paterson, and the head of the Environment Agency, Lord Chris Smith.

The revolving door problem is exacerbated by a toothless regulator.

Those ministers, senior public officials and special advisors heading off for the private sector are expected to consult the Advisory Committee on Business Appointments (ACOBA), on the suitability of any new post they take up.

ACOBA typically recommends a short waiting period, a ban on lobbying the government for up to two years, and the non-disclosure of sensitive information. However, this system is only advisory, so there is no compulsion to consult ACOBA, let alone follow its advice. It has no statutory powers or resources to investigate and no power to block appointments, only advise against them.

And although all ACOBA’s decisions are made public, one headline sums up well its impotence: “Whitehall committee that never says no to Ministers cashing in”.

Working for government in fields involving decarbonisation and then going on to work for fossil fuel interests, can only undermine the UK’s climate ambitions; a revolving door at risk of spinning us towards a climate crisis. It’s clear, as the Public Administration and Constitutional Affairs Committee concluded in 2017, that the system of oversight run by ACOBA is “ineffectual and does not inspire public confidence or respect” and should be “fundamentally changed”. They recommended it be replaced with a statutory regulator with powers to sanction breaches of the rules.

Our own report recommends a cooling-off period of three years to prevent possible conflicts of interest, a centralised lobby transparency register, an obligation for public-office holders to publish declarations of interest, detailing their previous roles, and a robust code of conduct preventing public-officer holders having multiple interests concurrently. Much is at stake for large fossil fuel companies. The only commercially viable future for them in a carbon constrained world is ‘a gradual winding down of their operations’. Small wonder they look to the revolving door to provide an avenue of influence to help them protect a sector which is ultimately doomed.

The revolving door between those holding public office in the areas of energy and climate and the private fossil fuel interests swings too freely. We need it to grind to a halt. Instead we need to open the door on a rapid energy transition; one which will lead our children to a more secure future.

Molly Scott Cato is Green MEP for the South West

One Response to “Revealed: The revolving door between Westminster and the fossil fuel industry”