The left-wing campaign group are teaming up with Owen Jones to go after some of the most marginal Conservative seats - and the nastiest of the Nasty Party. 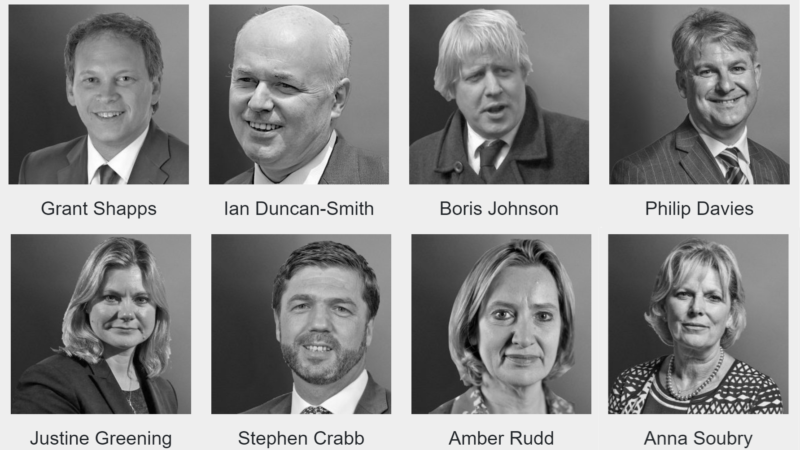 Boris Johnson misled voters to pull us out of the EU. Amber Rudd rushed through the Snooper’s Charter. And Iain Duncan Smith – well, where do we begin…

These are just three of eight Tories being targeted in a new Momentum campaign to kick out Conservative MPs who previously thought their seats were safe. After June 5th – they’re no longer sitting pretty.

The left-wing Labour group are teaming up with journalist Owen Jones to hold mass canvassing sessions, in an effort to create ‘Portillo moments’ for prominent Tory MPs at the next election – which let’s face it, could be anytime.

The #Unseat campaign will also go after some of the nastiest of the Nasty Party, including Philip Davies: a man who consistently tries to filibuster attempts to, for example, end violence against women, who once said that disabled people should work for less than the minimum wage, and who opposes LGBTI+ equality.

And then there’s Stephen Crabb, who has been linked to an organisation advocating that homosexuality and bisexuality could be “cured”, and whose voting record makes a mockery of claims to be some kind of working-class champion.

The #Unseat campaign days, starting in September, will draw on skills and activists from the Bernie Sanders campaign.

“Labour offered a clear and viable alternative in the recent General Election and now Conservative cabinet members like Boris Johnson, Amber Rudd and Justine Greening are no longer sitting in safe seats…

“We helped create a ‘Portillo moment’ for Nick Clegg in Sheffield Hallam in June, and we plan to do the same for senior Conservative MPs next time around.”

“That Philip Davies sits in our House of Commons is a cause for national embarrassment. His repeated attempts to thwart and trash legislation to protect women from male violence reveal him as an unpleasant bigot. But we can defeat him. His majority was over 9,600 in 2015; this year, it more than halved.

“Stephen Crabb voted against equal marriage and has links to so-called ‘gay cure’ advocates. This opponent of civil rights had a nearly 5,000 majority in 2015; now it’s just 314.

“If we campaign now, whenever the next election is called, we will defeat them both. Thousands of campaigners knocking on doors at the last election helped win Tory seats Labour had never before won – and turned Tory safe seats into marginals.”

Jeremy Corbyn has been touring Tory marginals since the election, and this campaign gives a fresh push to that effort.

With a wafer-thin majority, the Conservatives have reason to worry about this latest plan…

Find out more about the campaign here: Unseat.co.uk

6 Responses to “Revealed: The eight Tories Momentum are now gearing up to unseat”