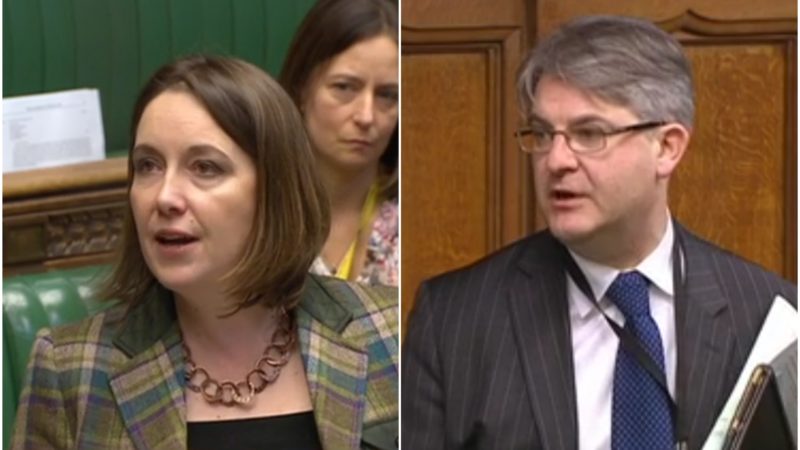 A bill requiring the UK government to ratify the Istanbul Convention on violence against women has cleared the House of Commons, with an overwhelming majority of 138 in favour to one against.

The one, inevitably, was Tory MP Philip Davies, well-known for his resentment of women’s rights. On today’s bill  Davies tabled several dozen amendments in an attempt to delay its passage, as well as speaking for 91 minutes in an attempted filibuster.

But despite that, the private members bill, put forward by SNP MP Eilidh Whiteford, will now progress to the House of Lords.

“I am delighted that this landmark legislation to combat gender-based violence has received such overwhelming cross-party support and now looks set to become UK law.

“This is a huge and historic step forward in efforts to tackle violence against women and has the potential to transform the lives of thousands of women right across the country.

“Women’s equality organisations and activists have been campaigning for the UK government to ratify the Istanbul Convention for many years now – so today’s vote is a cause for celebration and a testament to their sustained efforts.

“The Istanbul Convention is the most comprehensive and far-reaching framework that exists to tackle violence against women in its many forms and manifestations, and critically, it provides the legal apparatus to hold governments accountable for their progress. This is a powerful vehicle for improving policy, practices and services on an ongoing basis.

“Sexual violence and domestic abuse are neither natural nor inevitable. We can prevent it, we can challenge it and we can hold perpetrators to account. We need to do all these things if we are to end this systematic abuse of women’s basic human rights, and ratifying the Istanbul Convention is a big step in the right direction.

“We have travelled some distance in this struggle but we still have such long way still to go and we need to recognise that Ratification of the Istanbul Convention is a milestone on the journey to equality and justice for women, not an end point.”

The Istanbul Convention establishes the minimum standards expected of governments when dealing with violence against women and domestic violence.

The UK government signed the Convention in 2012, but a date has yet to be set for its ratification. However, today’s bill enjoyed cross-party support.

Earlier this week, Theresa May urged Conservative colleagues to support the bill and refrain from delaying its passage.

See: British women deserve the protection of the Istanbul Convention