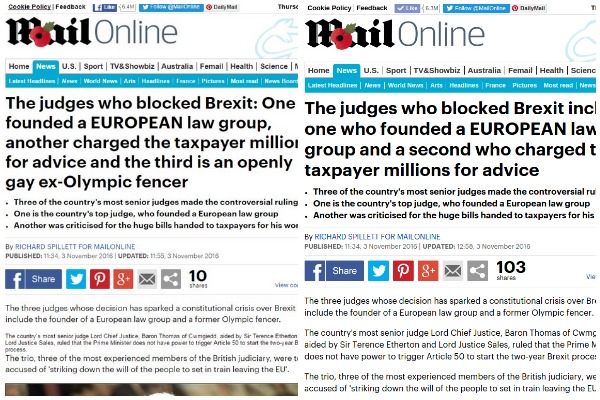 Judges in today’s Article 50 ruling are getting the Daily Mail treatment – though a reverse ferret was employed on one particular ‘charge’.

In the first version of his story, the comically named Richard Spillett yelled:

“The judges who blocked Brexit: one founded a EUROPEAN law group, another charged the taxpayer millions for advice and the third is an openly gay ex-Olympic fencer“ 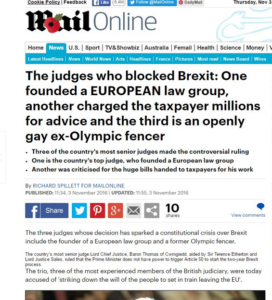 Mysteriously, reference to the judge’s sexuality vanished from the story’s headline half an hour later. 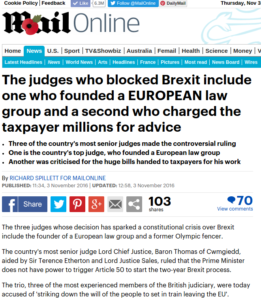 Thank heavens the rest of this very important piece survived its disappearance.

Incidentally, the Mail’s research into these judges must have taken more than an hour, which means they had this ready to go for today’s verdict. Would they have published their defamations if the Court had ruled in their favour? Plus ca change.

Still, at least they have a poppy in their masthead.