The government will now struggle to stick to its promised timetable 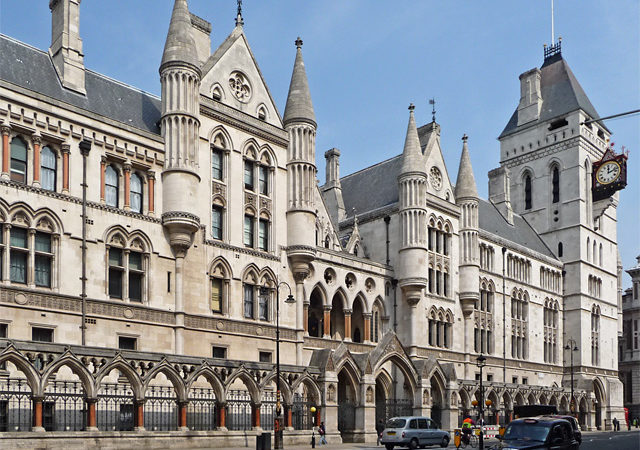 The High Court today handed down their judgment in the case brought by Gina Miller and Deir Dos Santos against the Secretary of State for Exiting the European Union.

Billed as the ‘Brexit litigation’, what was at issue was whether the Prime Minister had to go to parliament before triggering Article 50 of the Treaty of the European Union. The government lost triggering fury from Brexit advocates including an awful attempt by the Daily Mail to criticise a High Court judge on the basis of their sexuality.

A lot of pro-EU commentators are also ecstatic and the value of the pound picked up in the currency market shortly after the decision. This has resulted in a more-heat-than-light commentary so here is a quick overview of some of the legal points;

What is the Royal Prerogative?

The core issue in the case was the scope of what is sometimes described as prerogative powers relating to foreign policy, which are held by the Prime Minister and other government ministers, in this case the Secretary of State for Exiting the European Union.

Prerogative powers are legal powers that the monarch used to possess, such as the power to issue pardons or control the civil service. They are not written down in statute and because Britain does not have a written constitution they are not controlled by the courts in the same way that other countries executive powers are.

In 1993 William Rees-Mogg unsuccessfully challenged the government’s power to ratify the treaty of Maastricht on the basis that it transferred powers to the European Union and would need parliamentary legislation.

Why did the Court find in favour of the claimants?

They argued that triggering Article 50 and leaving the EU would violate rights that EU and UK citizens enjoyed under the 1972 European Communities Act.  This brought EU laws into UK law and created rights for individual’s as well as empowering the lawmaking institutions of the EU to make laws (paragraph 37 R(on application of Miller) v Secretary of State of Exiting the European Union).

The Court noted that the lawyers for the Secretary of State had effectively conceded that of these some rights would be lost after Britain left the EU (para 63). Because leaving the EU would remove rights that parliament had intended to come into effect when they passed the 1972 Act the government could not use executive power in connection with another instrument (Article 50 of the TEU) to effectively remove these rights.

Is this decision democratic?

Yes. The referendum was an advisory referendum, so does not legally bind the government to do anything and statutes passed by parliament, such as the 1972 Act place clear legal obligations on the government. Prerogative powers as some legal commentators have noted are undemocratic and the Courts have often refused to allow governments to use them to overturn rights protected by statute.

They are also difficult to scrutinise in parliament and control through the courts. Margret Thatcher used prerogative powers to ban trade union membership at GCHQ (the secret service’s signal intelligence headquarters) using the national security prerogative, meaning that this did not require an act of parliament in the way that her other restrictions on trade unions did.

What will parliament be voting on?

Originally Theresa May wanted parliament just to vote on the Great Repeal Bill designed to move EU laws into UK law and not the actual decision to leave the EU. This decision requires parliament to vote on the activation of Article 50 and to repeal the 1972 Act.

This allows MPs to refuse to grant permission to leave the EU, even though it is expected that many MPs will vote to activate Article 50, but this almost certainly will extend the process as MPs will use this vote to try and influence the Brexit process to benefit their constituents.

The government has announced that intended to appeal the decision to the Supreme Court on 7 December. It is however difficult to see many grounds for appeal in the judgment. One area could be for the government to change its view that Article 50, once activated, can be de-activated.

There is some support for this position from scholars of international law who note that the text of Article 50 does not seem to preclude this (although there is some disagreement on that point).

This however is unlikely so it is hard to see what an appeal will actually do.  The main impact of this decision is to make the timetable for exiting the EU, which is scheduled to start at the end of March next year and end in the spring of 2019, much more difficult.

The political consequence of this might be a General Election next year, to make any vote in parliament much easier, which the 2011 Fixed Term Parliament Act makes difficult but not impossible.

14 Responses to “More heat than light? What the Article 50 decision actually means”