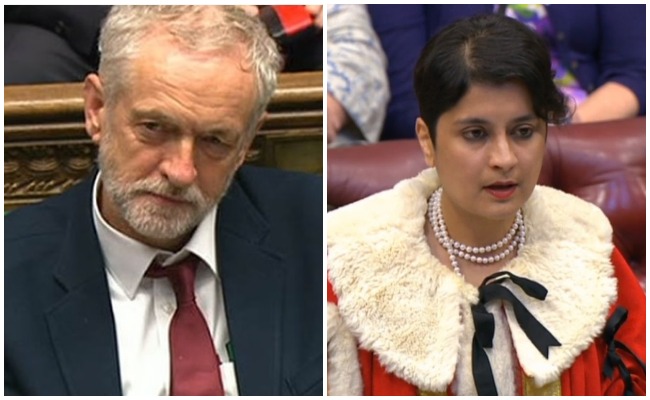 I guarantee that ten years after the Investigatory Powers Bill is passed with Labour Party support (real or tacit) this week, we will have MPs campaigning to hold public inquiries into the scandals of police spying, the targeting of political campaigners and the misuse of personal information, all thanks to this legislation.

History will be repeating itself and ageing parliamentarians will be saying ‘that isn’t what we intended at all’. Except we clearly live in a draconian age with a government which has set up the draconian Prevent program, a crackdown on refugees and has the declared intention to exit the European Convention of Human Rights.

Perhaps people like Jeremy Corbyn, John McDonnell and Shami Chakrabarti (the ex-director of Liberty), all of whom I respect for their previous views, feel that not voting or abstention will let them off the hook, but this is one of those historic moments. It’s not every day when a country hands huge powers to the state and effectively ends privacy.

For all Labour’s minor amendments to the Investigatory Powers Bill, that remains the real impact and that is the reason why Dianne Abbott, Labour’s Shadow Home Secretary, described it on Monday as ‘draconian legislation’. The same day Labour in the Lords voted with the government on the bill to reject further safeguards.

The Labour ‘safeguards’ ignore the hard lessons from the scandals of recent years, such as blacklisting, the use of undercover officers and the domestic extremism database. All of these have shown the police systematically evading the rules.

The innocent women who were lied to and spied on by undercover officers took a civil case against the Met Police and won their apology. The Met fought the case until it was clear they were going to lose and they still haven’t taken disciplinary action against any officer involved in the spying, nor those supervising the spies.

A large section of the Met clearly still regards such intrusion on the lives of innocent people as acceptable, even though the women themselves were never under suspicion of having committed any crime.

We are about to give these police officers major powers to dig around in people’s lives and yet Labour failed to support my amendment asking for the police to have ‘reasonable suspicion’ of criminality before they could get a surveillance warrant.

My own experience of being put on the domestic extremism database led me to push for the Met Police to adopt a tighter definition of who should be on there. Changing the criteria to ‘serious crime’ took several years, but led to several thousand people being taken off the list.

Last year we discovered that Sian Berry, the Green Party’s Mayoral candidate, had been put on the database after the criteria had changed. The Met’s defence was that the criteria are just words and not legally binding.

That is the culture we are dealing with and one of the reasons why the legislation has to be as tight as possible. Labour didn’t try to stop the police getting a general warrant for limitless numbers of persons or groups within the UK.

John McDonnell has been asking whether the police released personal information they held to private companies running a blacklisting database. An ex-undercover police officer has said that this was his suspicion and that the Pitchford Inquiry needs to investigate the link.

The penalties for an individual police officer doing this for payment have been toughened up, but what Labour ignores is what happens when information sharing between the police and private companies is part of a systematic approach to combating environmental campaigners or trade unionists during a dispute.

After all, one of the criteria for the IP Bill is not just countering terrorism, or serious crime; it is defending the ‘economic wellbeing’ of the country. Labour didn’t support amendments requiring that surveillance is authorised only for national security and serious crime purposes.

I know that the Tony Blair government had an appalling record on civil liberties, but there was a hope and expectation that Labour had changed under Corbyn. I realise that a progressive alliance was always going to lose the vote on the IP Bill in the Commons, but the government could easily have lost in the Lords if Labour had taken a firm stance in defence of civil liberties.

Given this week’s court case declaring that our security services have been acting illegally in recent years, the government needed to get the IP Bill turned into law in order to legitimise what the police and GCHQ have been doing in the past.

Labour had real leverage to get tighter safeguards into the bill and they failed. What point is an opposition if it doesn’t oppose in the interests of us all?