Nuclear is a key dividing line between Labour and the Greens 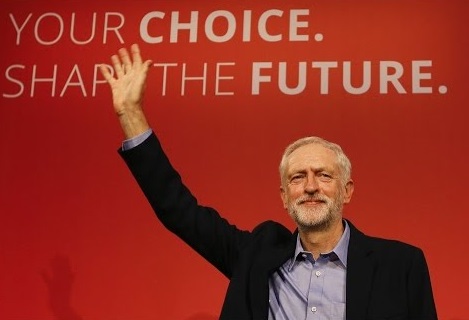 The Hinkley nuclear power plant is a big corporate project, sucking up consumer pounds by the billions and leaving the debt (in the form of nuclear waste) for the taxpayer to deal with.

Yet, despite the election of Jeremy Corbyn as leader, the Labour Party continues to support the Government’s drive to hand over a large chunk of our future energy production to a French company with Chinese backing.

The decision is a turning point in modern radical politics. Corbyn’s election last year reshaped that politics for many, but this provides a big, uncomplicated reason why we must elect Green Party politicians.

Personally, I like Jeremy Corbyn and I like a lot of his politics. A lot of green supporters have joined the push to get Corbyn made Labour leader and to keep him in place. Many of us within the Green Party hoped that this would open up a space for more radical ideas to be discussed and become the new mainstream.

A future economy based upon modern, renewable and clean technologies is an obvious starting point for that kind of discussion and Corbyn obviously supports much of that, which is why the Labour Party’s decision to back Hinkley is such a disappointment.

Some unions have pushed hard for Hinkley to be built as they like the promise of thousands of well-paid construction jobs. I can understand the difficult position this puts Corbyn in. It is the same logic that appeals to them over Trident renewal and the expansion of Heathrow.

What is not part of the calculation is the cost to the consumer/taxpayer and most importantly, the things that the money won’t get spent on. For example, more money for Trident makes it harder to find more money for the NHS.

History teaches us that nuclear and renewables don’t mix. The nuclear barons dominated the Government’s energy levy in the 1980s and as a result tried to strangle renewables at birth.

That is how vested interests work. It is no coincidence that the Hinkley decision comes at the end of a year when around 25,000 jobs have been lost in the renewable industry as a result of government changes in policy. The best way they can justify going nuclear is to hold back renewables.

Any discussion on the left about how to liberate the British economy from the hands of the big corporations and lobbyists who dominate Government policy must include creating more self-reliant communities and regions where power is literally in the hands of the many, not the few.

Hinkley does the opposite and is an illustration of the kind of block that stops the Labour Party from adopting a more radical and sustainable vision of how we could live our lives.

What the Green Party offers is an economic model based upon investment in a diversity of companies and community organisation who break the monopoly hold of the existing energy giants. These would operate at a local, or regional level to make the most of our abundant resources in sea, solar and wind power.

I wish Corbyn and others luck in trying the change the Labour Party, but I think the Green Party remains the best hope of transforming things for the better.

See also: I founded a Momentum branch – but will be supporting Owen Smith