Reds in the bed, persecuted Christians - and a smartphone app? 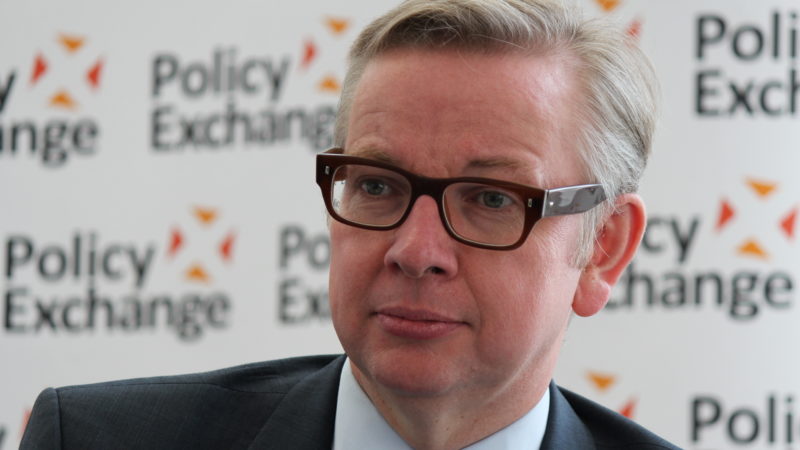 The Times announces its new star columnist is actually an old columnist, Michael Gove, who took some time off from the paper in 2005 to be an MP, then Education Secretary, Chief Whip, Justice Secretary, arch Brexiter and attempted Prime Minister.

What can we expect when Gove returns to the Times next month? Here are a few predictions based on his record as scribbler-turned-politician.

1. Christian self-pity. Gove wrote a cover story for the Spectator in April 2015 ‘In Defence of Christianity’. He said ‘to call yourself a Christian in contemporary Britain is to invite pity, condescension or cool dismissal’, adding Christians are seen as ‘intolerant, naive, superstitious and backward’.

He went on to say Christianity was being sidelined in an increasingly secular Britain. As I wrote at the time, Christianity has a privileged place in British life, from politics to education. But Gove stuck with his point, interviewing the Archbishop of Canterbury for the Speccie in December: ‘There is something special about him. And his candour, commitment and kindness are gifts in which all can share this Christmas.’

Expect more piety from St Michael in his new column.

2. Cold War nostalgia. For Gove, everything is like Soviet Communism: the EU, the British school system, Islamist terrorism, a Labour government under Ed Miliband… Actually that last one was from his wife Sarah Vine, herself a columnist for the Daily Mail. The habit runs in the family.

Gove is so addicted to these comparisons he even quoted Lenin in an attack on EU bureaucracy. That piece was written in June… for the Times.

Expect Gove to continue to fight the last war in his new column – with dodgy historical comparisons also covering the Nazis.

3. Ego and settling scores. Gove is either at your throat or at your feet depending on his personal interests. He can be a first class suck up when he wants to be: Gove once called for the government to buy the Queen a £60 million yacht as a present for her jubilee in 2012, at a time of massive austerity cuts.

On the other hand, he can be very ruthless. Days before his defence of Christian values (see above), Gove was trying to oust John Bercow from his job as Speaker of the House of Commons, by forcing a vote on the last day of parliament. And of course, Gove famously betrayed his Brexit pal Boris Johnson during the Tory leadership contest, thereby destroying both their chances.

Gove will likely use his column to shape his political legacy, grading his successors on education and prison reform. Look out for veiled (or not so veiled) attacks on new PM Theresa May, his old rival who had him sacked as Education Secretary (over leaks to the Times, incidentally), and later sacked him as Justice Secretary after she beat him to the role of Tory leader.

These attacks will probably focus on Brexit negotiations, but also counter-extremism, about which Gove and May were at odds.

4. A video blog. The boy can’t help himself. Having been a broadcast journalist in a previous life, and after years as a front bench politician, how long before Gove is back in front of the cameras?

Michael Gove used to be a BBC reporter you know. Here he is at a gay rights march in 1993 for On The Recordhttps://t.co/RrqiIenHn9

I predict a traffic-happy video blog where the Govester can layout his opinions, or perhaps host interviews with ex-colleagues and authors. Possible titles range from YouGove, Gove Talk, or a smartphone app version, the iGove, with Fleetwood Mac’s ‘Gove Your Own Way’ as a theme tune.

5. No experts. As the man who summed up the irrationality of the EU referendum with the words, ‘I think people in this country have had enough of experts’, don’t expect much evidence-based blogging from Michael Gove. Instead we can look forward to pieces about what feels true. Now more than ever seems it rich to lie.

See: Nigel Farage wants to cut taxes for big firms like Apple – some man of the people!