This kitchen class warfare is silly, but if it counts the Prime Minister comes out smelling of flour 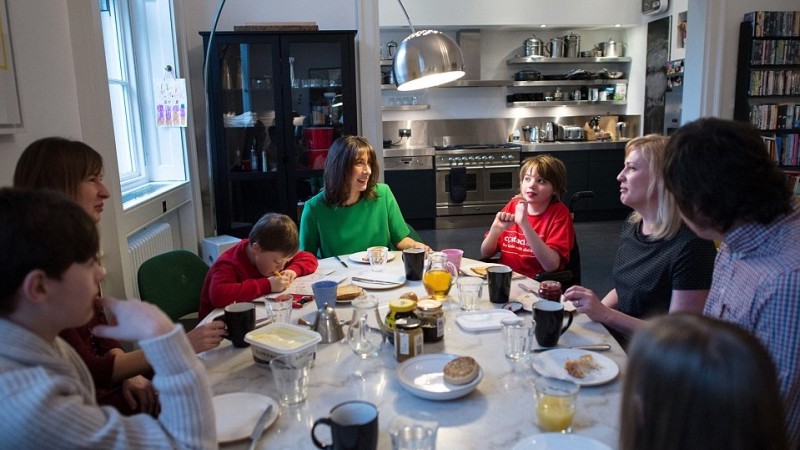 How much can you tell about a politician from his kitchen? According to the Daily Mail, quite a lot. Columnist Sarah Vine is not impressed by the kitchen at chez Miliband featured in a BBC profile of the Labour leader’s wife, Justine. In her piece today Vine detects a vision of the communist dystopia that will overtake Britain if Ed Miliband is elected in May.

But what does David Cameron’s swish kitchen say about his political intentions?

First though, let’s look at Sarah Vine’s piece on the Milibands’ kitchen. She writes: “I hope for their sake it’s actually their utility room, and that some bossy spin doctor has shoved them in there to make their £2 million-plus townhouse in North London’s trendy Kentish Town look less fabulous and bolster Ed’s man-‘o-the-people-image.” The spin doctor must have been very bossy indeed to have ordered the Milibands to install a built-in oven for the picture. (Cameron meanwhile would never try this ‘man-of-the-people’ schtick…)

“Miliband’s kitchen looks as though they’ve only just managed to clear away the tumbleweed in time for the photo-shoot. […] There’s nothing here that makes me believe that he and Justine are not, in fact, aliens.

“Perhaps they get their nourishment from the fruits that grow only in the rarefied atmosphere of the moral high ground. Or perhaps they’re both just so holier than thou that they no longer require any nourishment other than the knowledge of their own righteousness.”

She goes on to discuss Ed Miliband’s wife Justine, whom she paints as “cerebral” and humourless: “All that is reflected in that kitchen. It’s the kitchen of a woman who considers domestic matters well below her pay-grade.

“No home-making for Justine: she’s far too busy sticking to her feminist principles as an environmental lawyer.” Back in the kitchen, Justine!

“And that is exactly what we will get if Ed wins the election. An austere, self-conscious and, ultimately, hypocritical society of socially engineered equals.

“A Britain made in the image of that sad, self-consciously modest Miliband kitchen: bland, functional, humourless, cold and about as much fun to live in as a Communist era housing block in Minsk.”

I think it’s obvious that this ‘kitchen class warfare’ is more than a little bit silly. But if you’re going to do it, how would the Camerons’ kitchen come out under the same scrutiny?

As the Mail reported in January, in notably different tones, David Cameron’s £25,000 spacious kitchen of stainless steel is full of pricey utensils and furniture, including a £1,600 lamp, an £800 cooker and a £140 toaster. ­He also famously doesn’t know the price of a loaf of bread, because he makes his bread with his very own breadmaker (starting price: £100). How out-of-touch can you get?

Perhaps under Cameron we can expect a cold, slick, and soulless Britain led by a Prime Minister who, like some Bourbon monarch, is so out-of-touch with the lives of working people that he doesn’t know the price of a decent loaf…

It’s silly to draw political conclusions from household furnishings. But if you want to extrapolate a vision of a future Tory government from David Cameron’s kitchen, imagine a bag of shire flour being poured into a pricey breadmaker, forever.