The home secretary’s argument on the need to reform barriers to the deportation of foreign criminals is based on a misinterpretation of the law as it stands.

Jenny Pennington is a research assistant at IPPR

The home secretary’s argument on the need to reform barriers to the deportation of foreign criminals is based on a misinterpretation of the law as it stands. 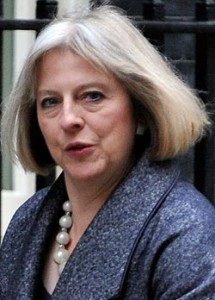 The right to a family life, as laid out in article 8 of the Human Rights Act, and its use by foreign criminals to stop their deportation has been in the government’s sights for many months.

A commitment to reform was central to Theresa May’s speech to the Conservative party conference in 2011. Last week, Theresa May announced that she will be addressing the issue through putting forward a commons motion that sets out guidance for the courts in order to ‘make it clear that article 8 rights are qualified’.

Article 8 judgments can seem troubling. Take the case of Aso Mohammed Ibrahim, an Iraqi failed asylum seeker who during his time in the UK had developed a persistent offending history including a hit and run offence that caused the death of a twelve year old girl.

His deportation was blocked on article 8 grounds in a judgement that was later described by David Cameron as causing him ‘great anger’. Individual article 8 cases, as presented in the media or the House of Commons certainly suggest an area ripe for reform.

However, things aren’t quite that simple: two critical features of these decisions are being buried in a debate that is generating more heat than light.

Rather than the absolute barrier to deportation that Theresa May suggests it to be, the right is already heavily conditional. ‘Balance’, between the right and the UK’s legitimate and lawful interest in deporting an individual is already inherent in the law and in the way it is interpreted by judges.

Secondly, it is regularly not ‘a migrant’s right to a family’ that blocks deportation when the right is used. Article 8 cases commonly don’t consider a migrant’s rights to a family but the family rights of the British citizens to whom they are related.

Particular weight is given by judges to whether deporting a migrant would violate the family rights of their children who are British citizens.

For example, Aso Mohammed Ibrahim’s deportation was blocked not because of his right to stay with his partner and children but because of his British children’s right to grow up in the UK, with a father. Something that a family-friendly government might find harder to disagree with.

None of this is to suggest that there isn’t an issue about the deportation of foreign criminals, or indeed about the enforcement of immigration law more generally.  But however much it suits the government’s purposes to make ‘human rights’ the culprit, the bigger challenges are more prosaic – effective implementation, consistency and joined up working between different agencies.

Difficult to deliver – and not conducive to easy headlines – but much more important.