Ed Jacobs rounds up the reaction from the press across the devolved nations, which has focused on how the party needs to rebuild itself and regain credibility. 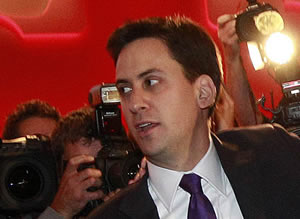 As Labour’s annual get together got down to business in Liverpool, Monday was dominated by speeches from shadow chancellor Ed Balls, as well as those from Labour’s leaders in Wales and Scotland; Left Foot Forward’s Ed Jacobs rounds up the reaction from the press across the devolved nations, all of which have advice on how the party needs to rebuild itself and once again become a party ready for government

Over at the Scotsman, it was Ed Balls’s speech which has got the comment sections exercised.

Although the paper believed it was a contribution that would help take the party in the right direction, it had a warning for the party faithful, arguing:

“But it still falls short of answering a fundamental question now facing social democratic parties throughout Europe: what is to be their basic raison d’etre in a world changed utterly in three years and which is likely to see major Western economies committed to debt and deficit reduction policies for years to come?

“This is crucial if confidence is to be rebuilt and global capital once again attracted. There seems little future on this perspective for traditional centre-left appeals based on ever-expanding welfare commitments and growth of the public sector payroll. So what is to be the mission of Labour in this new world?

“The party needs to grasp this nettle to re-engage with a public which has lost faith in the old politics of debt.”

At the Herald, meanwhile, it is the conference’s decision to beef up the role of Labour’s leader in Scotland which has exercised its comment section.

Picking up on Left Foot Forward’s calls for a leader with the ability and skills needed to take the fight to Alex Salmond, the paper argues:

“The change will move Labour’s political centre of gravity northwards and that should challenge the SNP. To some, it appears the Nationalists are behaving almost as if they have won the independence referendum. This is partly for want of a coherent opposition, capable of laying out a positive vision of a future Scotland standing up for itself within a United Kingdom.

“The SNP was able to produce a narrative that gave voice to people’s experience and hopes, without focusing on the mechanics of independence. If Scottish Labour is to regain popular support, it needs a similarly positive narrative that people can identify with. It must be one that stresses the need for Scottish politicians to be able to continue to shape events beyond the Border and the interconnectedness of business and family relationships.”

“The Labour party in Scotland has been scarred by internal disputes, some going back to disagreements about devolution. These might have been overcome under a powerful leader, capable of knocking heads together and driving the party forward, but Scottish Labour has suffered from a semi-permanent leadership crisis since the death of Donald Dewar in 2000.

While in Wales, one frontbencher has called for Ed Miliband to use his speech today to demonstrate bold leadership and a clear vision for the country.

On the day the Welsh government itself will publish its programme for the forthcoming year, shadow Wales minister and Pontypridd MP, Owen Smith, has concluded in the Western Mail:

“Ed Miliband needs to spell out his vision for a better society. He’s already started to do just that, calling for a ‘new ethics’ in our politics, where there is decency and responsibility expected not just from those at the bottom, but those at the top too.

“Where there is a new contract, if you like, between the people and their government: one in which hard working people can trust once more that they will get proper rewards for their work: through decent wages, job security, and pensions that can be relied on. That’s a progressive vision that the hard squeezed people in this country might vote for.”

In the wake of May’s disastrous performance for Labour in Scotland, Ed Miliband will need to set out a credible strategy for taking on and beating the SNP in the independence referendum to come.

Following shadow foreign secretary Douglas Alexander’s declaration he would find it difficult to campaign with David Cameron to support the Union on BBC Radio Scotland yesterday, and similar sentiments by Jim Murphy – still seen by many as potentially the best person to lead Scottish Labour – Miliband will need to take the argument beyond the Tory-bashing and debates over process and on to how to take on the SNP and win.