The NHS reforms, the latest deaths in Afghanistan, the Labour leadership contest and more. 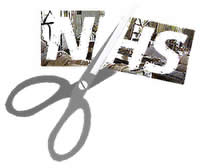 • Health was the main domestic policy issue this week, following the publication of the government’s white paper, ‘Equity and Excellence: Liberating the NHS’, on Monday, described as “the NHS turned upside down” by a leading health commentator. Our own health expert, Trevor Cheeseman, took a detailed look at the plans, the headline proposal being that £80 billion of public money is to be given to GPs from primary care trusts to commission NHS services from 2012.

Left Foot Forward also looked at the extent of marketisation and the role of competition that the coalition is planning to introduce into the health service, and at the complete u-turn on PCTs, from being “champions for patients” in the coalition agreement to being abolished – in just two months.

And the British Medical Journal gave its views on the paper today, concluding that the reforms “will cost £3bn and will not work”, and “will distract from patient care”. In a stinging BMJ editorial, professor of health policy and management at Manchester Business School, Kieran Walshe, writes:

“For someone who has spent more than six years mastering the health brief in opposition, Andrew Lansley seems to have learnt little from the history of NHS reorganisation… This latest reorganisation looks likely to make all these mistakes again…

“We have little evidence that these reorganisations have produced much, or any, improvement.”

• Britain suffered further losses in Afghanistan this week, with three Gurkha soldiers murdered on Tuesday by a rogue Afghan soldier in Nahr-e-Saraj, and a fourth British soldier killed the same day in Sangin district.

The soldiers have been named as Major James Joshua Bowman, from Wiltshire, Lieutenant Neal Turkington, from Craigavon; Corporal Arjun Purja Pun, from Nepal, served in 1st Battalion The Royal Gurkha Rifles; and Marine Matthew Harrison, from Hemel Hempstead, Hertfordshire – killed in Sangin district the day before his 24th birthday.

Left Foot Forward’s Patrick Bury, a former captain in the Royal Irish regiment who has fought in Afghanistan, wrote:

“While incidents like Tuesday morning’s are extremely rare, and British trainers do have increasing trust in the ANA’s capabilities, the death of comrades at the hands of a renegade Afghan soldier, unlike November’s murder of five British soldiers at the hands of the notoriously corrupt Afghan National Police (ANP), will raise some serious questions.”

• All five Labour leadership candidates were interviewed by the BBC’s Laura Kuenssberg this week for the BBC News Channel, as the race to succeed Gordon Brown continued apace – with Peter Mandelson’s memoirs the backdrop to the week’s events.

Diane Abbott’s was the most revealing interview; as Left Foot Forward reports today, she describes her four rivals as “geeky young men in suits”, accuses them of “pretending they weren’t there” at the heart of the Labour government and says that if Ed Balls wasn’t behind the briefings against Tony Blair it must have been his “evil twin brother”.

Yesterday, Left Foot Forwad looked at the impact second preferences will have on the contest, finding Ed Miliband to be the greatest beneficiary. Robert Robinson discovered that:

“Evidence is emerging that the alternative vote system is favouring Ed Miliband. The details behind the results from the Socialist Health Association support the view that Ed Miliband is a unifying figure in the party.”

The Labour Campaign for International Development is asking people what the leadership candidates’ top international development priorites should be. Among the options are a committment to meet the 0.7 per cent of GDP target; climate change; the Robin Hood tax; access to basic services (education, health, water); HIV/AIDS; trade justice; debt; and tackling tax havens.

Culture secretary Jeremy Hunt, who this week outlined his plans to consult the telecoms industry on how to provide high-speed broadband access to all the UK, reported by Left Foot Forward on Tuesday. He is attempting to address the issue of availability of the next-generation of super-fast broadband services.

The Guardian reports that, at present, “millions of homes and small businesses are excluded from new fibre-optic based networks being built largely in urban areas, while about 160,000 UK homes still cannot get a broadband connection at all – a decade after services were first introduced”, while “technical limitations mean 2m homes cannot get at least 2Mbps” – problems Hunt is hoping to solve.

The thousands of sick, twisted individuals who have joined Facebook tribute groups to killer gunman Raoul Moat. The BBC reports today that, despite Facebook pulling the group titled “RIP Raoul Moat You Legend”, which had 35,000 members, another one has sprung up in its place – with 12,000 members.

The latest crime stats, published yesterday and covered by Left Foot Forward, which showed that crime fell 43 per cent during Labour’s time in power; in the last year alone, crime is down 9 per cent according to the British Crime Survey, from 10.5 million offences to 9.6 million – the lowest figure since 1981 and the first time the number has dropped below 10 million.

Shadow home secretary Alan Johnson said the figures “demonstrate how impressively the police and other agencies tackled crime under the Labour Government”, and criticised the “bizarre spectacle of Tory ministers trashing the official figures which show undeniably that crime has fallen”.

• BP – on two fronts: the oil spill & the Lockerbie developments;

• The veil ban in France;

• The murder of British troops by a rogue Afghan soldier;

• The return of the kidnapped Iranian scientist; and

Francis Maude struggled to defend himself against attacks from all sides on last night’s Question Time over the Government’s NHS reforms; here are some of the best tweets on the topic:

@Ehsanul_C: I fear on hearing about #NHS reforms on #bbcqt i may spend 5 years training to be a beaurocrat with a stethoscope…sad times

@jonnylangford: After hearing Maude on #bbcqt it’s transparently the first step of the privatisation of the #nhs

@siobhanfarmer: RT @anpa2001 Burnham right to bring up cost of redundancy in #NHS #bbcqt < Agree. It is something the coalition could be more upfront about

@MagsNews: Pleased that Andy Burnham speaking up for the excellent staff who work in the #nhs – we must protect it !! Maude tight lipped… #bbcqt

@quarrenne: RT @MagsNews: How many in tory party use #nhs or do they all use private healthcare? <– Good point and the man in audience is pressing Maude rattled! #bbcqt

@humphreycushion: Blimey… I agree with Galloway tonight.. #BBCQT Shame he didnt get these facts in though: http://bit.ly/bN1QH6 #NHS #Lansley

4 Responses to “Look Left – The Week in Fast Forward”