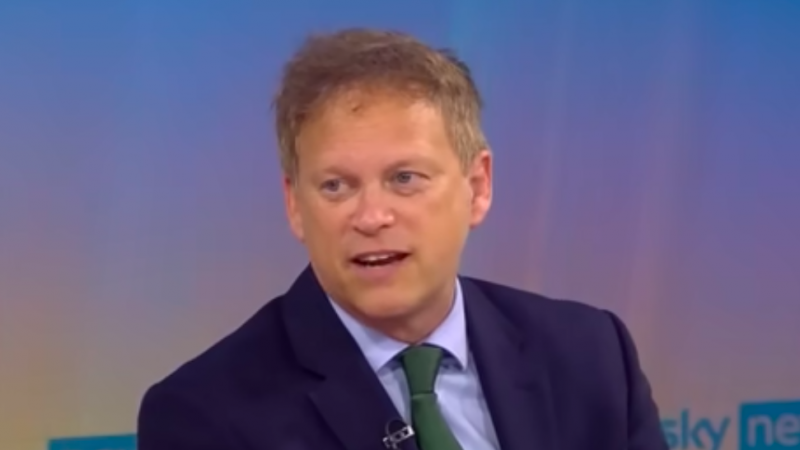 Union representatives have taken aim at Grant Shapps’ claim that ambulance minimum safety levels were not being met on strike days.

This comes after the Business Secretary justified the new Minimum Services Bill in the House of Commons yesterday, by alleging that unions behind the ambulance workers’ strike last month had failed to agree minimum safely levels of service.

Unite the Union’s Head of Constitutional Affairs, Hannah Reed, told Times Radio that Grant Shapps’ suggestions that agreements were not reached, and have not been reached for future ambulance strikes, were ‘seriously misleading’ and ‘worrying’.

She said: “Ambulance workers absolutely have agreed to provide cover for emergency calls where there is a risk to life and limb. That was absolutely the case for the last strike and will be for future strikes.

“It’s worrying that a Secretary of State at this really difficult time would issue such statements that can only frighten patients, but also do not in any way represent the truth.”

Unite the union stated that local agreements were met with members who agreed to leave picket lines on strike days in order to ensure patient safety.

GMB national secretary Rachel Harrison also accused the government of using ‘mistruths’ over ambulance minimum safety levels to justify the new bill – which would threaten workers who democratically vote to strike with being sacked, if minimum levels of service are not met.

With 135,000 vacancies currently across the NHS, Harrison questioned how the NHS is expected to operate safe staffing levels on a day to day basis, regardless of legislation put through to take away the right to strike.

“People have an appalling service in the NHS at the moment and that’s including the ambulance service. So to talk now about bringing in minimum standards is a total distraction.”

She assured people that GMB local teams and representatives across the country have worked ‘around the clock’ to make sure emergency procedures were in place during strike days.

She added that strikes will continue for as long as the government allows them to, until an offer is made.

The biggest ambulance strike so far is taking place today across England and Wales, as 25,000 ambulance workers from the unions GMB and UNISON join picket lines over a 24-hour period, in response to low pay and indecent working conditions.

Health Secretary Steve Barclay said that ambulances will attend life-threatening emergencies, known as category one, during the strike action.