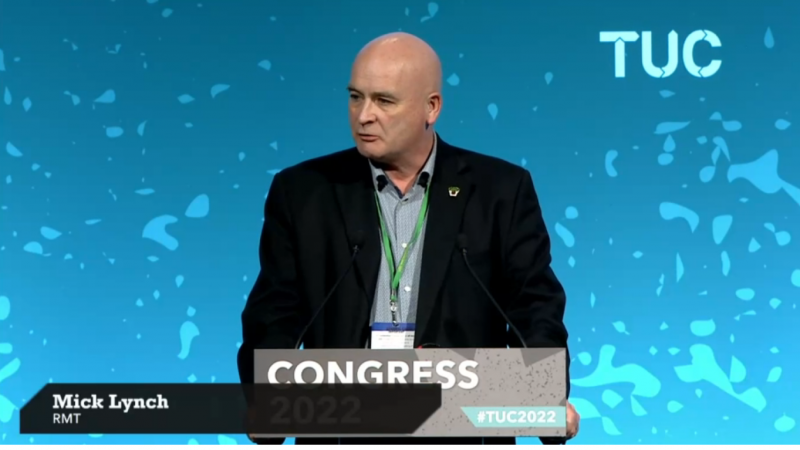 The TUC has voted to oppose the government’s plans for enforcing minimum service levels during rail strikes. The decision comes after an emergency motion proposed by the RMT and supported by the TSSA and ASLEF.

The motion passed by the TUC said that, “the threat of new anti-union legislation indicated by the speeches of both the Prime Minister and [then] Chancellor at the Tory party Conference in October has served to pour petrol on the fire of the rail dispute and such legislation will cause industrial relations chaos for years to come”. Since the Conservative Party conference, the government has confirmed it will be bringing forward a new Transport Strikes Bill, which will seek to ensure that some services continue running during industrial action on the railways.

The motion said, “on 16th October [the] government confirmed it will be pressing ahead with transport minimum service levels. Congress will fight this legislation and consider all means necessary to resist this attack on transport and other workers.”

Unions warn that introducing such rules are an attack on effective strike action and would force trade unions to facilitate their members breaking strikes. Simon Weller of the ASLEF union told Left Foot Forward earlier this week that it would undermine “a fundamental part of the right to strike”, in restricting the right to picket.

In voting for the motion, the TUC also reaffirmed its support for the striking rail workers.

Speaking in the debate on the motion, the RMT’s general secretary Mick Lynch said that in resisting anti-union laws, the trade union movement should, “Fight them in parliament, fight them in the workplace, fight them on the streets.”