25,000 ambulance workers represented by the unions GMB and UNISON will go on strike over a 24-hour period in response to low pay and indecent working conditions. 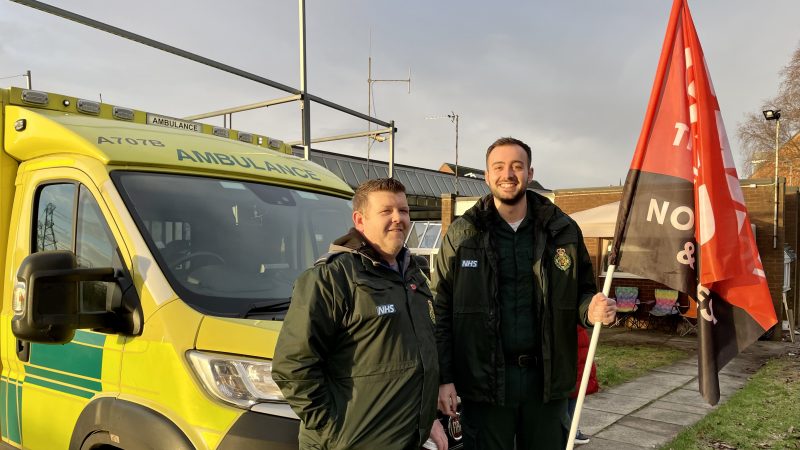 Thousands of ambulance workers take strike action today across Wales and England in another historic day of industrial action.

About 25,000 ambulance workers represented by the unions GMB and UNISON will go on strike over a 24-hour period in response to low pay and indecent working conditions.

Paramedics, emergency care assistants, ambulance technicians, other 999 crew members and control room staff are among those who will be on picket lines at various times during the day.

This comes despite last minute talks between health unions and the secretary of state for health and social care on Monday, which failed to prevent the planned strike action by ambulance workers today and on Monday 23rd January.

Following Monday’s meeting, Sara Gorton, Head of Health at UNISON said they did not receive the tangible concessions that were hoped for or that would enable them to call off the strikes, but added that it was “definitely progress”.

However, Peter Davies from the GMB union told Sky News this morning that he believes there was “no progress” in the talks and that they were merely “for show for the public”.

General secretary of UNISON, Christina McAnea, who will be joining workers on the picket line today, wrote in response to the talks that: “Our industrial action could have been avoided entirely if the government had opened up pay negotiations with us, and other health unions, months ago.”

The strikes are taking place amid huge strains on NHS staffing levels, low wages and staff tackling long waiting lists. UNISON and other health unions are calling for an above-inflation pay rise to address the current shortcomings in NHS service provision.

Ambulance workers on the picket line in Gateshead told the BBC this morning they were striking due to the, “general decline in the pay and conditions within the NHS”, adding that “the system is broken and the staff are broken”.

Recent research from the High Pay Centre think tank revealed that 999 call handlers, who are also on strike today, would have to work for nearly 150 years to earn the average CEO’s annual pay.

Furthermore, 7 in 10 ambulance workers have considered leaving their roles.

London Ambulance service has encouraged members of the public to use their services wisely to help free up capacity today, urging people to use 111.nhs.uk if seeking urgent medical advice that is not life-threatening.