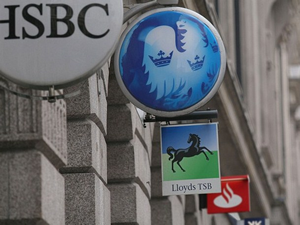 Last month, the UK Chancellor unleashed £55bn worth of public spending cuts and tax rises on the faltering economy. Hidden in the small print was an £18bn tax cut for banks even though banks are making record profits. In September, the government abolished the cap on bankers’ bonuses, which had been established by the European Union after the 2007-08 financial crash to curb excessive risk-taking and predatory practices.

Banks have responded by kicking the customers. HSBC will close another 114 bank branches and NatWest is closing 43. This is in addition to 325 bank branch closures already announced for 2022.

Between 1986 and 2014, the number of bank branches halved. Since 2015, 4,685 bank branches, almost half, have closed as people have been encouraged to use online banking. Some banking services have been offered by post offices, but they too are closing branches.

People have been encouraged to use Automated teller machines (ATMs) to withdraw cash. In September 2022 there were 51,272 ATMs in the UK, 78% of which were free to use. Since 2018 the number of free-to-use ATMs has dropped by more than 12,000, depleting the disposable income of millions of people. People increasingly use credit cards which add to price rises and generate additional revenues for banks.

The chase for higher profits, shareholder returns and executive bonuses is a key driver of bank branch closures and results in exclusion from access to financial services for millions of people. Many citizens, especially the elderly and low-income groups, do not have access to fast broadband connection or a computer. Computers in local libraries and homes are not secure and online fraud is a major risk. Strong signals for smart phones are not available throughout the country. People without computers and smartphones can’t easily access financial services. This can’t be reconciled with the government policy of reducing exclusion from financial services.

Plastic money has not yet totally replaced the cash economy as 1.2 million adults do not have a bank account and the Prime Minister is committed to ensuring that cash remains a medium of transaction. Without a local bank branch, shopkeepers and traders can’t safely bank cash-takings and cheques. A trader cannot afford to close business to visit a branch in another town. In any case, the additional travel generates pollution and is damaging to the environment.

Some people may be able to trek to another town with a bank branch, but affordable and efficient public transport, especially in rural areas, is not necessarily available. Trekking to another town is not an easy task for the elderly, the infirm, or parents with small children.

The closure of bank branches increases commercial decline of villages and town centres as well-off and mobile people travel to other towns and change their spending habits. This accelerates economic decline and has effects on the local housing market, as well as the provision of schools, healthcare and other facilities.

The loss of the customer base for the local economy makes it difficult for local councils to regenerate town centres and for local businesses to secure finance for new start-ups or support for tougher times.

Without a local branch, banks can’t easily build an intelligent picture of local businesses, risks and opportunities and thus cannot provide required support for local economies. It is all left to automation. New start-ups are hit by bank branch closures. Lending to small businesses is down by as much as 63% and communities that have lost all their bank branches have suffered a 104% drop in lending.

The Financial Conduct Authority states that its duty is to make “markets work well for individuals, for businesses and for the economy as a whole”. However, that can’t be done unless people can easily access banking services.

The rules on bank branch closures need to change. There must be consultation with local communities before any closure. The financial rationale for closure must be made publicly available. People must be able to object to closures and disagreements must be adjudicated by the banking ombudsman. Banks must demonstrate that after branch closures, local population’s access to banking and financial services will not be worse-off. So alternatives, such as mobile bank branches; branches within shops and post offices must be considered. The cost of providing alternatives must be borne by banks.

The finance industry will not accept any sense of social responsibility even though it is the biggest recipient of public subsidies. Following the 2007-08 banking crash, citizens bailed out banks and the cost of this has been borne by every household either in the form of higher taxes or loss of welfare rights. The government acts as a lender of the last resort and has handed over billions in quantitative easing to banks. It provides depositor protection to promote confidence in banks and has bolstered bank customer base by paying pensions and benefits through banks. Low interest policies have handed cheap money to banks to enable them to make bigger profits.

In return for the above support, it is reasonable to require banks to reciprocate and accept a degree of social responsibility.