'No point in using bank funds to make the rich richer. No point in building new roads, or investing in fossil fuel when the carbon bubble looms every larger. Every point is focusing resources on projects that deliver for people and planet.' 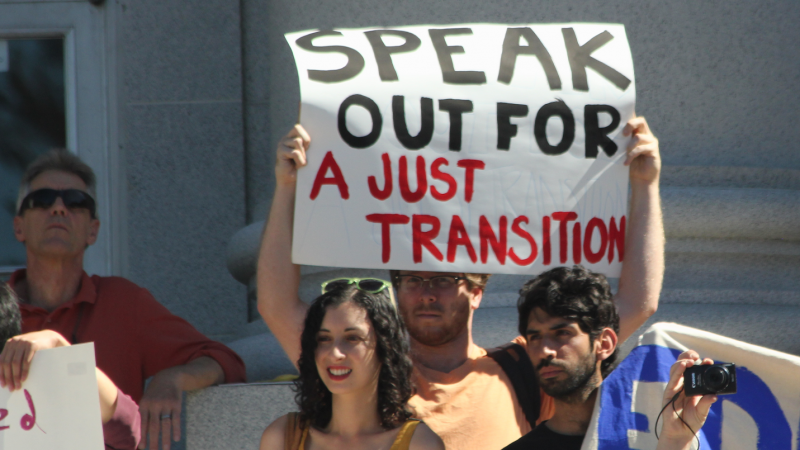 The adjectives used by Treasury Minister Baroness Penn in introducing the UK Infrastructure Bank Bill in the House of Lords were telling. This was to be a “long lasting”, “long term” and “enduring” institution, she told the House, “to tackle climate change and support efforts to meet the net-zero target in 2050, and to support regional and local economic growth”.

No doubt she was aiming to pre-empt the comments of many speakers, who nonetheless multiply noted that it was less than a decade since the government created the Green Investment Bank. Which was then sold off into the hands of an Australian bank – and no one now thinks that institution has a leadership role in the green economy. As a demonstration of the sheer wastefulness – the lack of productivity – of the UK government over the past decade, it is hard to beat.

Nonetheless, we are where we are, and the government – should it last for long enough – is planning to create the statutory framework for the new institution, and the House of Lords might as well make it as strong as we can. With the Bill starting in the Lords – subject to the serious, detailed scrutiny so lacking in the Commons – this is an opportunity to do just that.

Peers for the Planet, a cross-party group of peers, is backing amendments to bring in more environmental reality to the Bill – particularly to ensure that our biodiversity crisis – which at occasional moments our government acknowledges – is given equal weight as the climate emergency, the two being of course intimately interlinked.

They are also working to bring efforts to bring a circular economy into the Bill’s scope, to ensure that both climate change adaptation and mitigation are covered, and to make it crystal clear, as it astonishingly is not now, that energy efficiency measures, such as home insulation, can be financed by the bank. The amendments P4P are backing also aim to ensure the bank’s board have the requisite skills to deliver on these objectives.

All of which is fine and good. But not nearly enough. An amendment from Liberal Democrat Lord Teverson starts to get closer to the heart of the matter, seeking to ensure that efforts to support regional and local economic growth do not conflict with climate and nature objectives.

But this bill is a chance to show how the UK Infrastructure Bank might take a genuinely new, creative, innovative direction for green, social justice banking – funding a just transition. Particularly crucial when the institution is already being criticised after dumping a tranche of money into third party funds – acting like just one more hedge fund.

First there’s the question of control. The Bill specifies it is under the Treasury, but what does the Treasury know about climate or nature, or about poverty, inequality and regional disparity? They are focused on money, not what it is for, but simply money. They know – and care – little of the human or natural poverty racking this land – as they know little of schools, or health, or farming – albeit that they are a dictatorship over what can be done in any of them, an overweeningly powerful department with a strangehold on government decisionmaking.

I did aim to put down an amendment to take the Bank entirely out of the Treasury’s hands, but for technical reasons that provided impossible challenging – the phrase “a Green government wouldn’t start here” crossed my lips – but with the invaluable help of the Bill Office I’ve come up with an alternative option, an amendment demanding that Treasury consult with the three departments actually responsible for the issues the Bank is supposed to be addressing – Business, Energy and Industrial Strategy, Environment, Food and Rural Affairs, and Levelling Up, Housing and Communities.

More, because chasing growth has served our communities – particularly the poorest ones and the poorest people in them – so badly, and because we can’t have infinite growth on a finite planet, I’ve taken out the old-fashioned, outdated target of “growth” for the Bank, replacing it with the goal of improving “the life outcomes of people in disadvantaged areas”. It is interesting just how many peers have put down amendments to this part of the Bill. Undifferentiatingly just chasing growth is clearly recognised as old hat.

Going further on circular economy – I’ve specified that the bank’s money should only go into projects that reduce to sustainable levels our resource  consumption – and, inspired by crossbench peer Lord Bird’s Wellbeing of Future Generations Bill – that meet the needs of those future generations.

It is also crucial to specify what the bank not do, given the degree of greenwashing – and poverty generation – that this government is prone to, whether with plans for freeports, centres of taxdodging and low pay, or new roads. So I’ve put down an amendment taking out the explicit reference – in what is supposed to be a net zero bill! – to funding new roads and replacing it with reference to public transport.

And specified that no money be spent on fossil fuel projects – something that surely shouldn’t need to be spelt out. But when you’ve got a government proudly trumpeting that it is going to subsidise using renewable energy to extract oil and gas (so-called upstream uses), it certainly needs to be.

My amendments are simply common sense. No point in using bank funds to make the rich richer. No point in building new roads, or investing in fossil fuel when the carbon bubble looms every larger. Every point is focusing resources on projects that deliver for people and planet.