With Joe Biden finally confirmed as President-Elect over the weekend, some key lessons for progressives from the US elections and the Democrats’ victories. 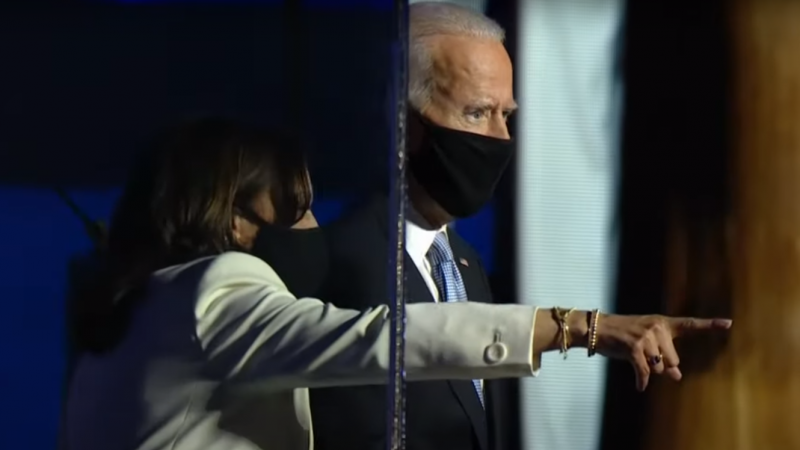 And breathe. Wean yourself off CNN. Go cold turkey on @RealDonaldTrump. And ease back into our own domestic dumpster fire.

Save for Trump’s Lionel Hutz litigators succeeding or faithless electors emerging (spoiler alert: they won’t and can’t), Joe Biden and Kamala Harris will be inaugurated President and Vice-President of the United States at noon Eastern Time on Wednesday January 20.

What can progressives here learn from the American elections and the Dems’ successes?

1. Centrism wins. The election marked a return of the winning formula for progressive parties taking power. The US will now have a leader who will take decisive action to tackle the coronavirus crisis and its economic fallout, and globally will lead on climate change and international security.

It happened because the Democratic Party selected the candidate most palatable to Republican-leaning voters, someone against whom the GOP’s stock attack lines failed to hit home among swing voters in the key states, but would have struck more of a chord against his primary rivals. And once those voters weren’t viscerally scared he was a high-tax unpatriotic ‘Marxist’, he was able to get a hearing, and those voters liked what they heard.

2. Reaching out works. To win the Presidency, the Democrats had to flip states like Michigan, Pennsylvania and Wisconsin, by reaching out to those who voted for Trump in 2016. They were promised that if they voted for Trump four years ago their lives would improve, but whose circumstances worsened and have been exacerbated by his botched covid response.

People voting for a host of fantastical promises four years ago that haven’t been delivered – sound familiar? Labour, under new management, is well placed to do as the Democrats have done and win.

3. BAME voters matter. Representation matters. The party maintained the support of the vast majority of Black voters, whose votes in key cities helped win the election.

As Biden proclaimed in his victory speech on Saturday night: “The African American community stood up again for me. They always have my back, and I’ll have yours.” In the UK, a recent ethnic minority voting intention poll put Labour on 60 per cent, with the Tories on 22%. When asked who the better Labour leader is, 32% said Keir Starmer against 26% for Jeremy Corbyn, with 42% undecided. That headline figure is not as high as it once was for Labour, and with the Tories having several prominent Asian ministers in the cabinet, Labour cannot continue to take the BAME (and especially Indian) vote for granted.

It’s not an either-or; as Clive Lewis has said, places like Brixton are Labour heartlands as much as anywhere in the Red Wall. Kamala Harris’s incredible story has shown us that we must make ourselves heard and give our communities a voice – organise, speak, stand and run, put ourselves forward and aim for the top. Kamala didn’t look for someone’s permission to run, she didn’t sit quietly and wait for a turn that might never come; it’s always ‘the wrong time’, ‘too soon’, ‘the country’s not ready’, ‘our voters won’t like it’. No more, no longer.

4. Voter suppression – coming to the UK. We’ve looked on aghast at the unfairness of the Electoral College and the disproportionate power it gives Republican states. Our own elections are also deeply and deliberately flawed. For Republican gerrymandering of congressional districts, see the Tories seeking to redraw constituency boundaries.

We must also note the unconscionable methods Republicans use to suppress the vote. This year they tried to deter millions of Black Americans from voting; limited ballot drop boxes; and constantly changed the rules to reduce participation. Britain may not have anything like the US history of voter suppression and Jim Crow laws, but voter disenfranchisement could be on its way, with the Tory government’s new voter ID plans.

The introduction of ID requirements could prevent hundreds of thousands of people casting their vote – suppressing the votes of BAME, disabled and young voters, groups among the least likely to support the government.

5. Broadcasters find their backbone. It has been something of a shock to see British broadcasters ape their US counterparts in calling out bullsh*t in real time during this election – fact-checking the President’s statements and tweets and Rudy Giuliani’s increasingly deranged and comedic press conferences and saying there is no evidence for their assertions of electoral fraud, illegal votes, stolen votes, dead people voting, crooked poll counters and corrupt Mayors.

This is a long-welcomed departure from the ‘false balance’ diktat particularly fond of the BBC, the practice of reporting two or more sides to a controversy as if they are equivalent when they are objectively not. We’ve seen that during discussions on climate change and more recently on coronavirus, where a scientist who knows what they’re talking about and a loudmouth who doesn’t get equal time – with the latter seldom taken to task.

We must hope this newfound freedom for live-rebutting continues, when government ministers, Tory backbenchers and right-wing shock columnists get invited on and proceed to spout easily-disprovable nonsense – especially with a UK version of Fox News in the offing.

We may be two countries separated by a common language, but the lessons are real. Twenty-twenty-four is there for the taking.

Shamik Das is a former Editor of Left Foot Forward and former Communications Officer for Labour in the European Parliament.