She said Labour was becoming more authoritarian and right-wing. 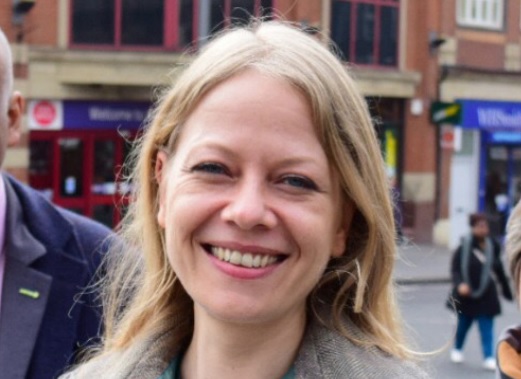 The co-leader of the Green Party of England and Wales has said she “cannot honestly see” the Greens making another electoral pact with either the Lib Dems or Labour.

Sian Berry also said that the Conservatives would not have been elected in 2019 if Labour had joined the Greens’ electoral pact with the Lib Dems and Plaid Cymru.

Commenting on the next general election, Berry said: “We’re going to be stuck with First Past the Post again. But the Lib Dems aren’t getting any better and with Labour shifting to the Right, I cannot honestly see us wanting to do this again.”

“Our starting point has to be – our door is closed. We have now come out of the 2019 election with a reputation for our candidates standing their ground – that we won’t be pushed around – that if you want to come and talk to us you have to offer us something in return.”

When asked how she would win over disenfranchised Labour voters, Berry said: “Labour shifting to the Right, Labour shifting to a more authoritarian position is genuinely just creating a huge amount of political space for the kind of politics that we are all about.”

“If Labour are watching,” she said, “watch out! Come back to our political space – or rather don’t!”

In particular, she criticised Starmer for condemning protestors who tore down a statue of slave trader Edward Colston and throw it in Bristol’s canal. “It was clearly just intended to appeal to more authoritarian, top-down, law-and-order type people,” she said.

The Labour Party’s report into the 2019 election has also warned that the party could lose socially liberal voters if it tacks to the right on crime and immigration.

This report did not mention Labour’s refusal to enter an electoral pact with the Lib Dems, Greens and Plaid Cymru – but Berry said this was a decisive factor in the Tory victory.

In 2017, the Greens had stepped down in 31 seats to help Labour beat the Conservatives. In 2019 though, the national party decided not do so as they did not get anything from Labour in return. Nevertheless, at least two Green candidates unilaterally decided to step down.

Berry was speaking at Bright Green’s online leadership hustings. She and Jonathan Bartley are attempting to be re-elected, running against Solihull councillor Rosi Sexton and former deputy leader Sharar Ali.

The party is also letting its members decide who it should next appoint to the House of Lords – with four candidates in the running.

Update: This article was updated to make clear that Shahrar Ali is running to be party leader too.