Will Johnson declare war on charity? 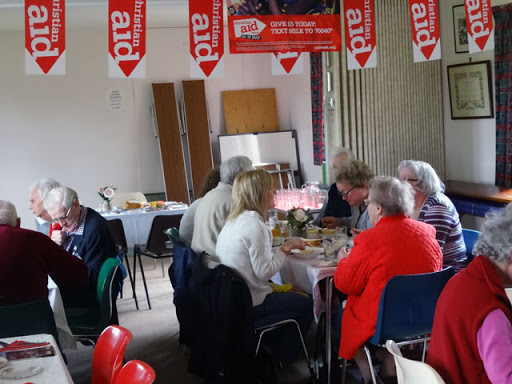 One of the UK’s biggest Christian charities has accused the government of “political vandalism” as it looks set to scrap the Department for International Development (DFID).

The charity said folding DFID into the Foreign and Commonwealth Office takes away its independence and will hit the world’s poorest and the UK’s standing in the world.

Patrick Watt, Christian Aid’s Director of policy, public affairs and campaigns said: “Today’s announcement is an act of political vandalism. Stripping DFID of its independence and folding it into the Foreign and Commonwealth office threatens a double whammy to people in poverty, and to our standing in the world.

“The timing couldn’t be worse for people living in poverty, when for the first time in a generation, COVID-19 is driving a dramatic increase in extreme poverty. Far from being a symbol of ‘global Britain’, this move risks making Britain more parochial, and weakening its credibility in the rest of the world.

“Without an independent DFID the UK’s ability to help tackle poverty, and the impacts of the climate crisis and conflict, will be reduced. The government’s own independent aid watchdog shows that aid spent by DFID is more effective and transparent than aid being spent by other government departments. The UK has a moral responsibility towards the world’s poorest.

“As Christian Aid’s chair Dr Rowan Williams said during the last general election campaign, ‘we need an intelligent and independent Department of International Development embedded in a government that thinks about long-term global stability. There is not much point in a development programme that co-exists – for example – with selling arms to states pursuing aggressive and brutalising wars with their neighbours.’”

The acting leader of the Liberal Democrats Ed Davey also condemed the reported decision. He said: “Boris Johnson has wanted to use the 0.7% for international aid for his own political projects ever since entering government. This news comes as the most vulnerable brace themselves for the Coronavirus, which has already torn through many countries.”

“In the last 24 hours this Government has refused to offer the poorest children in the UK free school meals. They have now turned to cutting funding away from some of the worlds poorest. Boris Johnson is playing culture war games and some of the most vulnerable people here at home and abroad are paying the price.”

Johnson’s predecessor Theresa May also said publicly that the UK’s overseas aid programme should work for British business interests – rather than just the interests of the world’s poorest.

DFID was created by Labour in part in response to the Pergau Dam scandal when John Major’s Tory government gave out aid to Malaysia in return for Malaysia buying British arms. The deal was declared “unlawful” and the Foreign Secretary was accused of wasting £56m of public money.

In July 2019, Global Justice Now’s director Nick Dearden predicted that Boris Johnson’s election could spell the end of international aid. This warning followed Johnson’s foreword for a report hich called for DFID to be scrapped.