Lets not go back to the era of aid-for-arms. 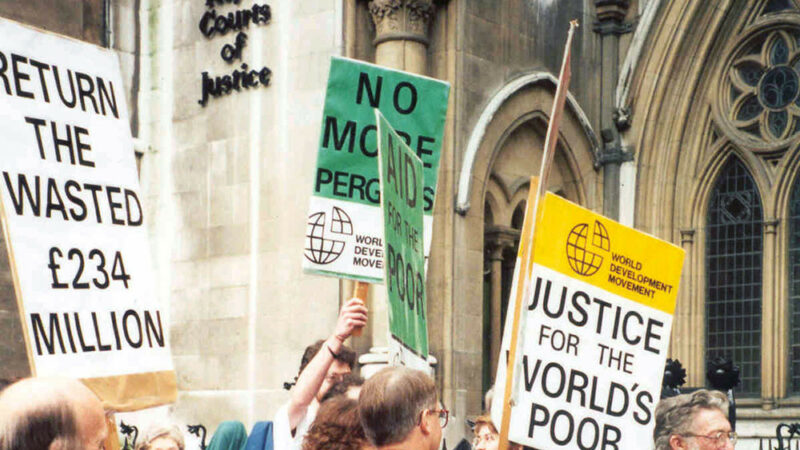 The government is reportedly about to shut down the Department for International Development (DFID) and hand its responsibilities to the Foreign Office (FCO) so that the UK’s overseas aid can be guided more by the ‘national interest’.

So it’s worth remembering why aid was taken away from the FCO in the first place and what can happen when aid policy is guided, not by poverty eradication, but by a definition of the ‘national interest’ which really means the interests of big company’s bosses and their shareholders.

The best example of this is the Pergau Dam scandal. In 1993, the UK government gave the Malaysian government £238m, which is £488m in today’s money, to build a hydro-electric power plant. This was then the largest ever grant awarded to such a project and it was approved against the advice of civil servants.

So why was Major’s government so keen to be so generous to Malaysia? Firstly, because it was a British company called Balfour Beatty building the dam.

Secondly, because five years earlier, a secret deal between the UK and Malaysia linked the promise of civilian aid to Malaysia with the promise that Malaysia would buy arms from the UK.

The Malaysians then bought British frigates, aircraft and missiles from UK companies like BAE Systems and GEC and they expected aid from taxpayers in return.

So the UK’s aid budget was essentially used to subsidise a big construction company and arms manufacturers. This is one of many ways taxpayers support private companies, particularly in the arms industry – but it is especially bad as the money should be used for combatting global poverty.

After Major’s government were booted out in 1997, there was a cross-party consensus that aid should be untied from commercial interests and the Department for International Development was formed – with its own Secretary of State and entirely separate from the FCO.

That’s the situation that remains today and it works pretty well. Do we really want to go back to the bad old days of aid-for-arms? Or should we stick to combating poverty around the world?