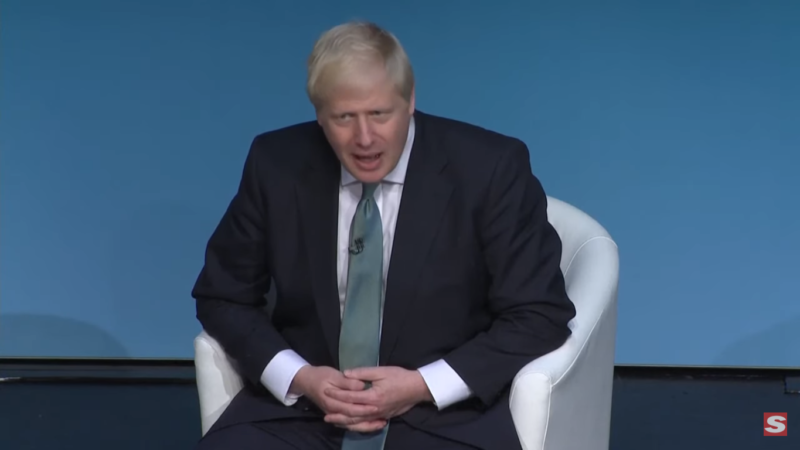 It’s more than 10 years since David Cameron set about ‘detoxifying’ the Conservative Party.

They have supported gay marriage, pledged to form the ‘greenest government in history’ and endorsed Labour’s 0.7% international development budget target.

Today, Cameron’s vision is in tatters, as the Conservative Party has lurched further to the right than at any time in history.

The ‘green crap’ was already scrapped while Cameron was in office, but last week the former UK special representative on climate change expressed alarm and dismay at the prospect of a Johnson government.

But it is perhaps on the aid budget that Johnson has been clearest in his thinking, and his vision is far from reassuring for those who have spent years campaigning for progressive forms of international development.

Earlier this year, Boris Johnson wrote the foreword to a report written by Conservative MP Bob Seely and the neoconservative Henry Jackson Society.

If implemented, ‘Global Britain: A Blueprint for the Twenty-first Century’, would end international aid as we know it, by reversing any pretence that aid should be about making the world a better, more equal place.

In his foreword, Johnson is clear that, in the future aid should “do more to serve the political and commercial interests of [this] country”.

The aid programme would, in turn, be subsumed under the strategic and commercial interests of Britain as a global power.

This is red meat to many Tory Party activists. The idea that rich countries should spend 0.7% of their income on international development as a way of eradicating global poverty has existed since 1970.

Although it’s a minute figure compared to the wealth our countries still drain from Africa, Asia and Latin America every year, it’s a target which is loathed by many within the Conservative Party.

It’s not that these ‘aid sceptics’ necessarily mind spending money overseas. But the problem with aid, they believe, is that it’s supposed to be centrally about eradicating poverty.

The primary goal is not supposed to be helping your own corporations, or bribing countries to do trade deals with you, or building alliances that suit your own foreign policy goals.

Although the Johnson report suggests that spending of 0.7% of gross national income could continue, as an absolute upper limit, that’s only on the basis that ‘international development’ is redefined to mean, in essence, anything the government wants it to mean.

That includes the BBC World Service, or spending on parts of the Ministry of Defence, or diplomacy. It’s also great if that spending makes a financial return for us, that we can then spend on anything we feel like.

Under these rules, it certainly wouldn’t take very long before those who had previously argued for more aid spending, would be arguing for much less.

The whole premise of the report is that there is really no difference between ‘development’ and ‘capitalism’- providing someone somewhere is making money, it will doubtless trickle down to the poor at some stage, and improve their lives.

Helping corporations get a foothold in Africa, bribing countries to do trade deals with us, or training some of the most repressive armed forces in the world – if it’s good for us, it’s bound to be good for them. For decades, colonial budgets were argued for in the same manner.

Sadly, these ideas have not been alien to development ministers in recent years, and British aid spending has already moved some way towards this vision.

Over the last decade we’ve increasingly seen aid used as a tool for promoting British business – helping agribusiness get a foothold in African markets, setting up private schools, and trying to promote the City of London as the financial centre for the developing world.

But the proposals Johnson supports would entrench this hijacking of the aid budget and turn it into an unapologetic fund for the projection of British power globally.

What’s worse, it aims to hijack aid budgets the world over in precisely the same way by not only changing the definitions of aid that Britain uses, but trying to leverage Britain’s weight in this sector to change the definition of aid globally – something Johnson’s friend Donald Trump would surely be only too happy to support.

Changes in the way we conceptualise aid are long overdue. Far too much development funding is spent in ways totally contrary to the original ethos of ‘development’, like helping establish fee-paying schools in Kenya and Uganda, employing well-heeled pro-free-market Western consultants on lucrative contracts, and sending migrants back to Libyan prisons in an attempt to evade this country’s international obligations.

But the purpose of our development programmes should be to create a fairer world, by assisting countries to build decent, public healthcare and education systems, social housing and access to energy – the very things that helped us combat poverty here in Britain.

At its best, it’s a form of redistribution and partial recompense for the vast wealth we have drained from the global South.

The reaction of Labour and other opposition parties to Johnson’s proposals should be to unapologetically argue for this redistribution.

For too long there’s been an idea that aid can be made  ‘non political’, and every right thinking person can be convinced to believe in it if you just gut the concept of any real meaning.

But if we really want aid to be part of changing things for the better, it must be as political as anything else we argue for.

Labour made big strides forward on this agenda in 1997. Twenty years later, the only way to preserve these gains is to radically reimagine development, and recapture the sense of social justice which once drove this agenda forward.

Even former Conservative Dfid Secretary turned Johnson supporter, Andrew Mitchell, told the press earlier this year that “Boris is a bit like a medieval pirate, whose eyes have alighted on this plump Spanish galleon and he wants to board it and plunder it.” If that’s how his supporters describe him, heaven help us. We’ve been warned.

Nick Dearden is the director of Global Justice Now