Prof John MacIntyre looks at how PMQs has fared since the switch to 'hybrid' proceedings. 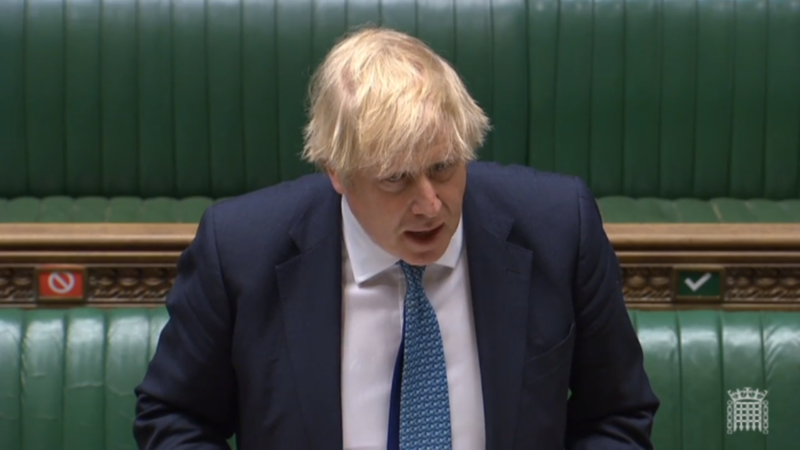 The spectacle of Prime Minister’s Questions (PMQs) has been a regular feature on our television screens since 1989, when Margaret Thatcher and Neil Kinnock sparred over privatisation in the automotive industry.

The now all-too-familiar sight, and indeed, sound, of the Leader of Her Majesty’s Opposition goading the Prime Minister, with jeering backbenchers drowning out both questions and answers, has become theatre. More slapstick than substance, more stage management than pinnacle of democracy.

In recent years, even the Speaker of the House became a more substantial actor in the PMQ piece, with former Speaker Bercow’s characteristic ‘order, order’ making him a media star across the globe.

The idea was sound, but the nature of the actual interactions changed over time, partly because of the personal animosity between Harold Wilson and Edward Heath, which instigated the disorderly behaviour of the backbenches on both sides which has become the norm, with the Speaker attempting, often in vain, to maintain some sense of order and purpose.

At least that was true, until the lockdown we are all enduring because of the dreadful COVID-19 pandemic. Like the rest of us, MPs are required to socially distance, and as a result the normal packed House of Commons is only sparsely populated, the green leather upholstery visible between the selected few. As a result, the now mostly-virtual weekly event has changed radically in nature, becoming a much quieter, staid and potentially lucid affair.

Does this mean that we, the public, are better served by the opportunity for the Prime Minister to be called to account? Are we better informed when the theatrical staging is removed and a calmer, clearer discourse is possible?

We are beginning to find out, and it makes just as fascinating viewing as the farmyard brawl we were previously subjected to, but perhaps in a more illuminating way. We might even get some real answers to real questions.

At his first PMQs as Labour leader last month, Sir Keir Starmer stood across the Despatch Box to challenge Boris Johnson – and we have rarely, if ever, seen such a low-key, low-decibel exchange between any Prime Minister and Opposition Leader.

The difference between the two men in both style and substance was stark, and without the shouting, jeering, and taunting from both sides, we had the opportunity to focus on the questions that were being asked, the answers offered, and the analysis they afforded.

Much has been made of Starmer’s background as an eminent lawyer who made Queen’s Counsel at 39, and who became the Director of Public Prosecutions, one of the highest and most prominent roles in Britain’s judicial system.  He developed a formidable reputation as having a ‘forensic’ legal mind – you’ll hear that phrase a lot – able to cut through complex issues to get to the essence of the case. (In 2005, he was part of a legal team that overturned the death penalty in Uganda, saving 417 lives in the process – work he did for free).

Starmer’s quiet, clear, persistent questioning, using evidence and facts, seems suited to the moment. Without the noisy distractions and constant interruptions for which PMQs has become infamous the focussed enquiry pierces through Johnson’s bluster.

Johnson is a showman. He feeds off crowds like a vaudeville performer treading the boards. Often accused of being more about style than substance, Boris Johnson was in his element when facing down Jeremy Corbyn – mocking the Labour leader as his braying backbenchers howled behind him.

The PM was made for PMQs – or at least he was, until that nasty coronavirus changed the rules of the game. Gone are the noise, the theatre, the chance to play to the gallery. Gone are the constant opportunities for interruption, distraction and obfuscation. Instead, the Prime Minister finds himself expected to answer questions.

So Johnson seems strangely diminished as Starmer pushed him for answers this week – on the terrible death count in care homes, on the lack of personal protective equipment for health workers, and on the comparative data suggesting the UK has failed to combat the virus as well as other countries.

The roar of yah-boo politics has been replaced by the sober quiet of the courtroom. Johnson can’t hide behind the Tory mob anymore.

Professor John MacIntyre has worked in higher education for 30 years. He is a keen follower of politics on both sides of the Atlantic. He lives in Northumberland.

See also: When ‘weirdos and misfits’ rule: Is Dominic Cummings the Steve Bannon of Number 10?

One Response to “How PMQs has been transformed by the pandemic”