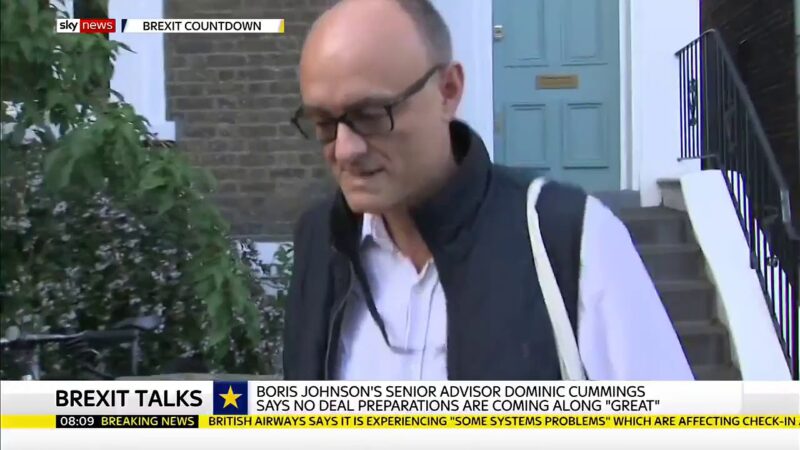 The appointment and subsequent resignation of Andrew Sabisky at No. 10 has shone a light on the murky world of ‘special advisers’ – the unelected individuals who can become pivotal agents in setting the direction of government.

Sabisky’s past history of extreme views on race, class, and genetics should have been picked up during a formal vetting process before appointment to a position working closely with the Prime Minister, but it appears no such vetting took place.

The fact that Sabisky was appointed without vetting begs the question as to how this could have happened. The uproar created by the appointment has Ministers trying to justify their processes by the fact that was almost immediately removed. But this is a flawed argument at best.

Of course, special advisers – or SpAds – are not a new phenomenon in British political life. Andrew Blick’s excellent book People Who Live in the Dark gives a fascinating history of how special advisers have shaped the British political landscape through history. It carries a dark and sinister picture of Alastair Campbell on the cover – Campbell played a crucial role in advising Tony Blair and his Cabinet over policy, but also as Blair set out the country’s involvement in Iraq. It could be argued that Campbell had more influence on the Prime Minister than any member of his own Government.

What does appear to be new is the appointment of advisers with more extreme views. Alastair Campbell may have been an abrasive ex-tabloid journalist prepared to rough up a few egos, but he would not generally be seen as an extremist. Dominic Cummings, on the other hand, might.

Cummings clearly has every bit as much influence over policy making in No.10 as Campbell had, but his views are significantly more extreme and worrying. No less a Tory grandee than Ken Clarke has said that Cummings must “vanish from the headlines” and return to being a “back room operator” if he wants to survive in his advisory role. Cummings is guilty of grabbing the headlines, taking the spotlight off Boris Johnson and his policies, and he must return to the shadows.

Special advisers are certainly not only a British political quirk. Donald Trump’s election to the highest office, with the campaign slogan of “Make America Great Again” (actually ‘borrowed’ from Ronald Reagan’s campaign 40 years ago), was largely crafted by the divisive and often extreme Steve Bannon, another unelected adviser who eventually joined the growing ranks of those dismissed by Trump.

Bannon’s role changed from senior strategist to campaign manager to special adviser and then to ousted exile, but at no point was he ever subject to approval by the US government, or even the Republican Party. He was appointed by Trump on a whim, and dispensed with similarly.

There remain, at the heart of Trump’s administration, a phalanx of unelected and seemingly unscrutinised individuals, some of whom also have Bannonesque views – such as Stephen Miller, who rose from speechwriter so senior adviser to the President and who has been accused of being a white supremacist, amongst other things.

The lack of scrutiny and due process – or in the case of Andrew Sabinsky, even basic due diligence – should be a cause for serious concern. As with Alastair Campbell, so Dominic Cummings is now a serious actor on the British political stage, shaping policy and influencing a Prime Minister who tends to leave details to others.

That puts Cummings in an amazingly powerful position without ever having been subjected to the harsh spotlight of public scrutiny. Ken Clarke’s solution is not to remove Cummings, but for him to fade back into the shadows, vanishing from view but still pulling the strings. That, surely, only makes Cummings more dangerous, able to implement his more extreme policy under the shadow of his malleable master?

Like Steve Bannon, who espoused far right extremism during his years running the Breitbart and openly derides the institutions and norms of politics and society, Cummings said he wanted to recruit ‘freaks and weirdos’ to join him in the shadows. Cummings is running the Bannon playbook from the shadowy corners of Downing Street. We must do all we can to shine a light on his plans.

Professor John MacIntyre has worked in higher education for 30 years. He is a keen follower of politics on both sides of the Atlantic. He lives in Northumberland.