An independent Scotland will be a catalyst for change throughout Britain. 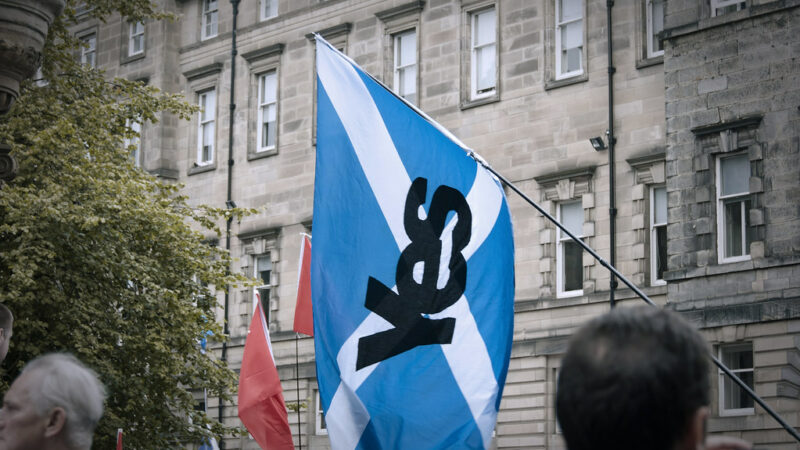 This week Politico reported that Boris Johnson is set to launch a pro-union offensive north of the border.

Both approaches from different parts of the British political mainstream have in common a denial of the express views of voters in Scotland.

Rather than seek to understand why people elected the SNP in 80% of Scotland’s seats they would rather tell them that they are wrong. This is not a good look for democrats – and it’s especially not a good look for anyone claiming the mantle progressive.

So, what is going on in Scotland? Let’s start with the December election results. It is true that the SNP only got 45% of the votes – the MP count being the result of the corrupting first past the post system. But the Tories only got 43% under the same system. What’s a mandate for the goose is surely a mandate for the gander?

The SNP’s message at this election could not have been clearer. We stood against the Tories and against Brexit but most of all we stood for the right of people to choose whether they wanted to stay in the UK or take decisions into their own hands.

There are many people not yet persuaded about Scottish independence who nonetheless believe that it is a matter that ought to be decided in Scotland, not by Westminster.

That means the question of whether and when there is another vote on self-government should be determined by the elected national parliament of Scotland. This is the view of two thirds of the Scottish electorate according to a spate of recent polls.

That is why the Scottish government is seeking an agreement with the UK government to amend the 1998 Scotland Act to have the former take on this responsibility. In response the Johnson administration just says no.

But just as I don’t expect the Tories to give up on their mandate, there is no prospect of us giving up on ours. Every refusal fuels the appetite for change in Scotland. The UK’s position is essentially self-defeating and unsustainable.

At the core of this debate is a thing called the Claim of Right for Scotland. Despite what you might think this 1989 declaration was not the brainchild of “separatists” but of devolutionists led by the late Donald Dewar (a Labour MP and later First Minister of Scotland).

This asserts that people in Scotland have the right to choose the form of government they wish. It underpinned the proposition of a devolved Scottish parliament in the 80s. Today it underpins the case for that parliament to become politically independent.

Arguing that this all represents some populist distraction from class politics is a response not grounded in reality.

In government for 13 years, the SNP has acted like you would expect a social democratic administration to do. Where it has the power to do so it has made taxation more progressive. It has expanded public spending.

Our health service spends more and has more staff per head than elsewhere in the UK – and performance and public satisfaction is better as a result. The Scottish government is leading the world on equality legislation and climate action.

The SNP has grown dramatically in the last decade – more than 3% of voters are members. In many ways it is the political wing of a wider movement for national autonomy.

That movement is the major progressive and inclusive force for social and economic change in Scotland.

It campaigns for the political power of independence in order to create a more just and equal society than we have today.

This is not some romantic historical delusion but a hard-headed desire to democratise our economy and make it work in the public interest.

Most of all, it is about making sure we can engage with the rest of Britain and the rest of Europe on our own terms.

This is not about separating from anyone but about creating new partnerships based not on subservience but mutual respect.

The left in England have nothing to fear from the emergence of a new state in the north of Britain – it will be both a catalyst for change and an agent of solidarity through the island.

Tommy Sheppard is an SNP MP for Edinburgh East